These stocks climbed on a quiet day for Wall Street. Find out why.

Stocks didn't move much on Thursday, and major benchmarks were narrowly mixed as earnings season kicked into full gear. Healthcare and utility stocks were generally higher, but the industrials and materials sectors held back gains in the overall market. On the economic front, a solid rise in the Leading Economic Index pointed to the potential for further growth in the U.S. economy in the coming months. Good news from individual stocks helped keep markets from losing much ground, and Kinder Morgan (KMI 0.87%), Ambac Financial (AMBC 1.33%), and Sarepta Therapeutics (SRPT 1.06%) were among the best performers on the day. Below, we'll look more closely at these stocks to tell you why they did so well.

Shares of Kinder Morgan were up 4.5% after the company reported its second-quarter financial results. The energy giant posted roughly flat earnings for the quarter, with some weakness in its key natural gas pipeline segment. Yet Kinder Morgan said that it expects to boost its quarterly dividend by 60% in 2018 to $0.80 per share annually, and it hopes to make further increases of 25% per year in 2019 and 2020, paying $1 and $1.25 per share in those two years, respectively. The moves would push the company's yield back to 6%, restoring part of the severe cut from nearly $2 per share to $0.50 in late 2015. Investors were also pleased with planned stock buybacks, with hopes that Mr. Market will see the true value of Kinder Morgan shares going forward. 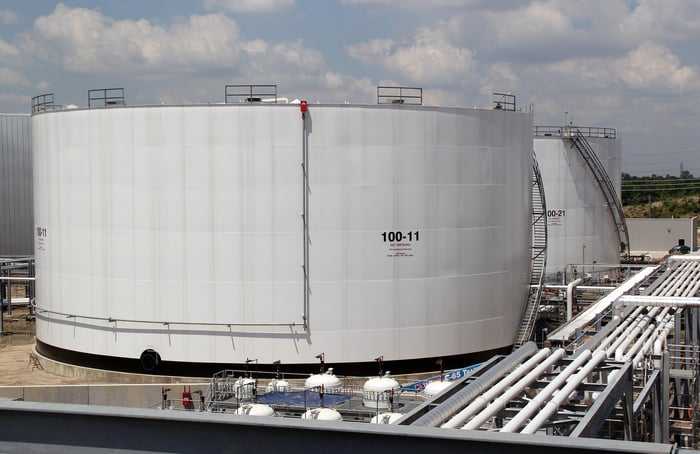 Ambac Financial stock climbed 18% in the wake of the company reaching an agreement to end a segregated account arrangement involving its Ambac Assurance subsidiary. The company said that it has gotten support from a group of creditors and other stakeholders supporting Ambac's efforts to restructure Ambac Assurance, with the goal of concluding efforts to rehabilitate a segregated account that held certain assets connected with Ambac Assurance. Ambac CEO Claude LeBlanc said that the agreement should "greatly improve the company's overall financial condition," and with support from Wisconsin's insurance commissioner, shareholders believe that the move should provide substantial repayments to creditors while letting Ambac boost its overall book value. If the agreement works, then it should serve to rebut analyst worries that the company isn't worth as much as investors think.

Finally, shares of Sarepta Therapeutics jumped 20%. The maker of specialty drugs said in its second-quarter financial report that sales of Duchenne muscular dystrophy treatment Exondys 51 jumped to $35 million, or about half again what investors had expected from the drug. Many investors had been worried about the high price of the treatment, but medical professionals apparently believe that the benefits of the drug outweigh Exondys 51's cost. The biotech company also didn't lose as much money as most of those following the stock had thought it would. If Sarepta's marketing efforts continue to bear fruit and if its pipeline creates more potential blockbusters, then the stock could keep moving higher.

3 Stocks That Tripled in Just 12 Months