In a volatile year for the sneaker giant, shares of Nike, Inc. (NYSE:NKE) have climbed 16% through July 20, according to data from S&P Global Market Intelligence. The stock has gained recently thanks to a strong fourth-quarter earnings report in June and a new partnership with Amazon. 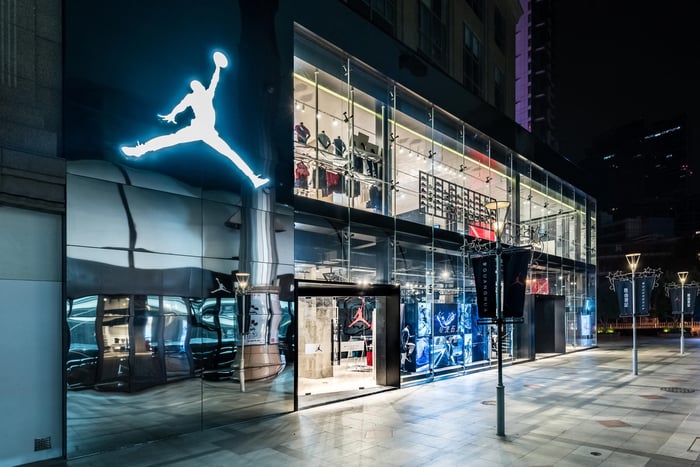 As the chart below shows, however, there have been plenty of setbacks along the way: 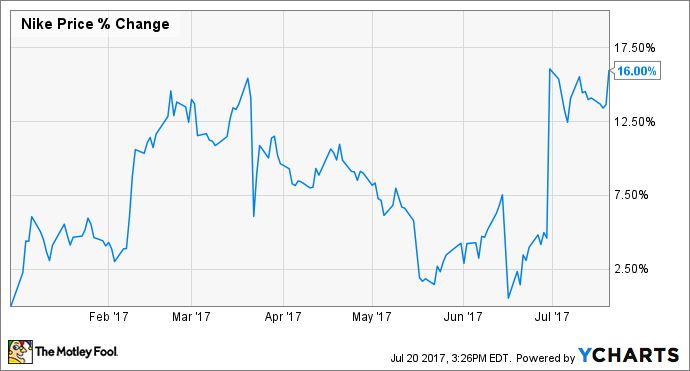 After a lackluster performance in 2016, Nike shares rose out of the gate this year, riding a bullish wave in the market in anticipation of Donald Trump's presidency. Shares then gained 4% over a two-day span in February as Nike debuted a number of special-edition sneakers at New York's Fashion Week.

Shares tanked again in mid-June, falling 7% over a two-day span when the company said it would restructure, cutting 1,400 jobs, as it launches its Consumer Direct Offense strategy.

Finally, the stock surged on the year-end earnings report at the end of June, as the company beat estimates and confirmed that it would start selling directly on Amazon, reversing a long-held position. Revenue increased 5% again in the quarter to $8.7 billion, but that was enough to beat estimates. Earnings per share in the period were up 22% to $0.60.

Nike has shown time and again that it's a mistake to bet against it. Though the company may be losing share at home to Adidas, its plans to speed up innovation and double down on direct-to-consumer selling should enhance performance. Just today, Nike moved higher after scoring an upgrade from Morgan Stanley, which sees accelerating sales pushing the stock higher thanks to new products like the Air VaporMax.

I wouldn't expect explosive growth from Nike anytime soon, but the stock remains a solid bet.

Why Nike, Inc. Stock Is Up 16% So Far This Year @themotleyfool #stocks $NKE Next Article
Current