Please ensure Javascript is enabled for purposes of website accessibility
Log In Help Join The Motley Fool
Free Article Join Over 1 Million Premium Members And Get More In-Depth Stock Guidance and Research
By Brian Stoffel – Updated Jul 25, 2017 at 10:48AM

Procedures continued their strong march ahead despite constraints in Asia.

One look at the bottom line from Intuitive Surgical's (ISRG 3.16%) earnings release and you might think that the company had hit a speed bump. With the stock trading at 42 times trailing (non-GAAP) earnings, investors rightfully expect heady growth. But that wasn't the case: earnings jumped just 6%. 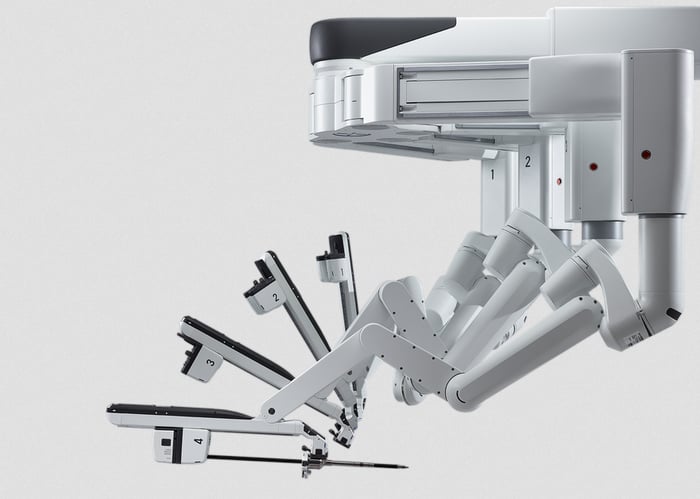