Please ensure Javascript is enabled for purposes of website accessibility
Log In Help Join The Motley Fool
Free Article Join Over 1 Million Premium Members And Get More In-Depth Stock Guidance and Research
By Leo Sun - Jul 24, 2017 at 10:23AM

Big Blue’s revenue drops again. Is it time to buy these three more promising peers instead?

IBM (IBM 0.79%) reported its second-quarter earnings on July 18, and the results were unimpressive. Revenue fell 5% year over year to $19.29 billion, marking its 21st straight quarter of annual declines and missing estimates by $160 million.

The story was a familiar one -- its higher-growth "strategic imperatives" (cloud, mobile, social, security, and analytics) still weren't growing fast enough to offset the weakness of its older business hardware and software businesses. 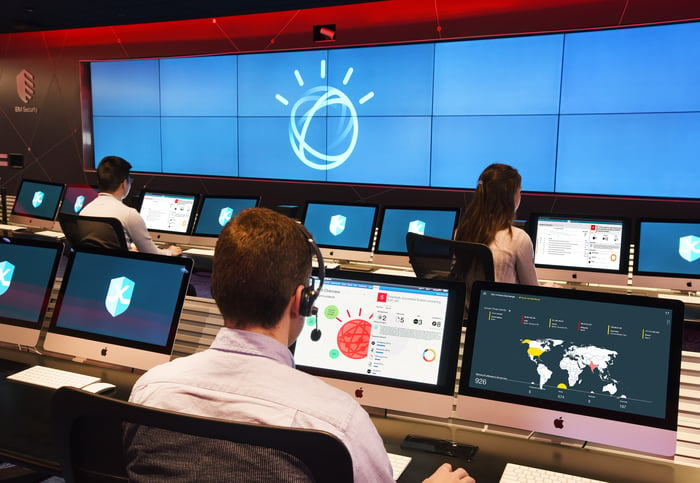 Its non-GAAP operating EPS rose less than 1% to $2.97, beating estimates by $0.23. But that earnings beat didn't offset its disappointing revenue growth, and IBM dropped to fresh 52-week lows.

The growth of AWS lets Amazon expand its Prime ecosystem with low-margin and loss-leading strategies, including Kindle tablets, Echo speakers, same-day deliveries, brick-and-mortar stores, and new Prime perks. Wall Street expects that virtuous cycle to continue, respectively boosting its revenue and earnings by 22% and 36% this year. Amazon doesn't look cheap at 91 times forward earnings, but its 40% rally over the past 12 months indicates that investors will keep paying a premium for this disruptive retail and tech giant.

Like IBM, Microsoft was a slow-growth tech giant that pivoted its business toward higher-growth cloud and mobility initiatives. But unlike IBM, Microsoft's turnaround yielded visible results under CEO Satya Nadella, who replaced Steve Ballmer in 2014. 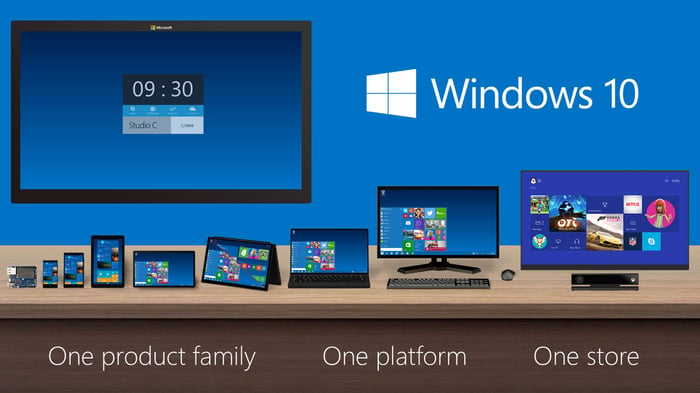 Analysts expect Microsoft's revenue to rise 7% this year, although its earnings should stay nearly flat as it continues building its cloud ecosystem. The backbone of Microsoft's turnaround is Azure, the second largest cloud platform in the world after AWS. Azure revenues rose 97% annually last quarter, lifting its total server products and cloud services revenue by 15%.

Microsoft's commercial cloud -- which includes Office 365, Dynamics, Azure, and other cloud services -- now has an annual run rate of $18.9 billion -- so the company is ahead of its goal of hitting $20 billion in cloud revenue by the end of fiscal 2018.

That would equal nearly a fifth of its estimated revenue for 2018 and set the company firmly on a path for future growth beyond Windows and Office. Microsoft's forward P/E of 22 also seems quite reasonable, compared with the S&P 500's forward multiple of 20.

Oracle is another slow-growth tech player that's pivoting toward higher-growth cloud businesses. Over the past few years, Oracle has been selling new cloud services to offset the slower growth of its aging database and enterprise software businesses. That strategic shift enabled it to post four straight quarters of year-over-year revenue growth.

Last quarter, Oracle's non-GAAP cloud revenue rose 64% annually to $1.4 billion, with software as a service revenue rising 75% annually to $1 billion and platform-as-a-service and infrastructure-as-a-service revenue rising 42% to $403 million. Its cloud plus on-premise software revenues rose 6% to $8.9 billion, and short-term deferred revenue -- a key indicator of future growth -- rose 8% to $8.2 billion.

Those are growth figures which should put IBM to shame. Analysts expect Oracle's momentum to continue, with 4% sales growth and 8% earnings growth this year. The stock also trades at a discount to the market, with a forward P/E of 17.

IBM's downside potential seems limited at current prices, thanks to its low P/E of 12 and high forward yield of 4.1%. But its upside potential is also capped by its ongoing revenue declines. Therefore, I believe that Amazon, Microsoft, and Oracle are all better big tech plays than Big Blue -- which has yet to prove that its turnaround plans will work.