Hint: If you invested $10,000 in Warren Buffett when he first took over, you’d have a nine-figure fortune today.

Since Warren Buffett took the helm of a struggling textile company called Berkshire Hathaway (BRK.A -1.18%) (BRK.B -1.42%) in 1964, the company's stock price has grown at an annualized rate of 20.9%. That's more than double the S&P 500's average total return of 9.9% during the same time period, but you might be surprised at just how much compounding power a 20.9% rate of return can have over more than half a century.

Let's say that you (or your parents or grandparents) had the foresight to invest $10,000 in Berkshire Hathaway when Warren Buffett first took over. Here's how much you'd have now, and what to expect from Berkshire over the next 54 years. 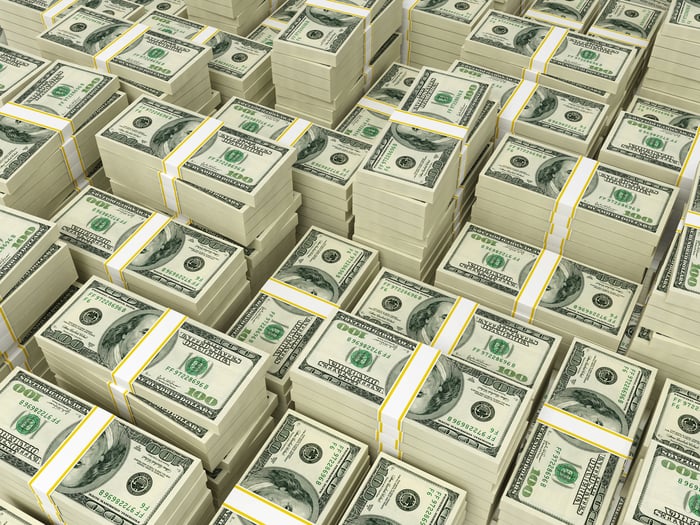 Berkshire Hathaway stock: Then and now

This implies that Berkshire Hathaway's stock price was just $12.37 at the time Buffett took over the company. And it also means that a $10,000 investment would have bought 808 shares of the company, which would be worth more than $240 million as of the end of 2017. That's the power of high investment returns when they're sustained over long time periods.

Despite the stock's incredible performance, you might be surprised to learn that Buffett has referred to his initial purchase of Berkshire Hathaway as a big mistake. To make a long story short, Buffett never wanted to buy Berkshire Hathaway but did so out of spite, when the then-manager of Berkshire refused to honor his agreement to buy Buffett's stake for a certain price.

By Buffett's own estimates, if he had simply accepted the lower price for his Berkshire shares and started buying insurance companies, he would have earned an additional $200 billion in profit for himself and his investors. So Buffett's performance could have been even better, had he not made this one "mistake."

What to expect from Berkshire for the next 53 years

Berkshire Hathaway's past 53 years are perhaps the most impressive long-term growth story in modern investing history. However, don't go pouring all of your money into the stock now and expecting similar performance.

In his 2015 letter to shareholders, Buffett outlined his vision for the next 50 years at Berkshire and included the following cautionary statement: "Berkshire's long-term gains ... cannot be dramatic and will not come close to those of the past 50 years."

It's not that Buffett is pessimistic about Berkshire's future. Rather, he's pointing out that the company's size has simply become too large to sustain 20% growth rates over the long term. In fact, if Berkshire's stock price were to grow at a 20.9% annualized rate for another 54 years, it would produce a per-share price of more than $8.4 billion.

Having said that, Buffett believes the company can continue to outperform the market over time, survive virtually any economic storm that comes, and grow its earnings potential every year. So while it may not have the potential to turn everyday investors into the super-rich anymore, Berkshire is still one of the best-run and most shareholder-friendly companies in the world, and it's still a fantastic choice for long-term investors looking for both safety and growth.