Goldman Sachs has been active in this business for less than a year and is already in the billion-dollar club.

It's been just over nine months since Goldman Sachs (GS -1.86%) launched Marcus, its newly created consumer lending venture, and the platform has been rather successful so far. In fact, the company recently announced that it has surpassed $1 billion in loans already, and it could have much more room to grow.

I recently spoke with Harit Talwar, head of Marcus at Goldman Sachs, and Dustin Cohn, Marcus' head of marketing, who both shared some of the details behind Marcus' early success, and where the platform could go from here. 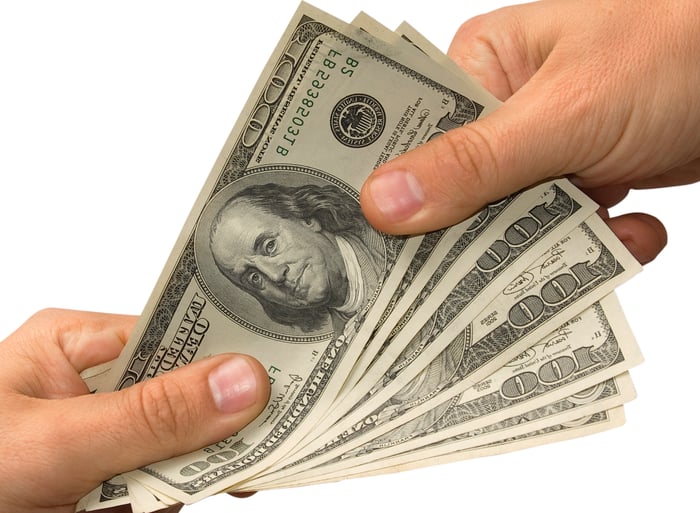 Goldman's consumer lending venture has been successful so far

As I mentioned, Goldman Sachs' Marcus, named after co-founder Marcus Goldman, recently surpassed $1 billion in loans, and while not all lenders make their information public, this is certainly quicker than most lenders take to reach a billion dollars in business.

Because it's run by rock-solid investment bank Goldman Sachs, which has been around for 147 years, Marcus certainly has some competitive advantages over other companies that make personal loans. For starters, Goldman's balance sheet gives Marcus financial flexibility that's simply unmatched by peer-to-peer lenders. For example, Lending Club needs to find investors to back its loans -- its lending capacity is determined by how much its investors are willing to put up.

In addition, there's no legacy credit card business to worry about, unlike most banks that also make personal loans. Goldman Sachs also has a tremendous amount of experience in evaluating risk, and it applies this experience to Marcus.

The value Marcus creates for consumers

To illustrate the concept here, Marcus makes personal loans that are intended for debt-consolidation purposes. The general idea is that creditworthy Americans can obtain a loan through Marcus' platform with an interest rate of 300 to 500 basis points lower than they're paying on their credit cards, and with a fixed-length loan, they can completely pay off their debt for significantly less money.

For example, let's say you have $15,000 in credit card debt at 16% interest and that you've decided that you're going to pay off the debt in its entirety in three years. You can do this by paying approximately $527 per month, which will result in $3,972 in total interest.

On the other hand, if you obtained a 36-month loan through Marcus for $15,000 at 12% interest, you would lower your monthly obligation to $498. Over the three-year term, you'll save $1,044 in interest. Not only that, but having a structured loan like this can also help give you the discipline to stick to your plan and pay off the debt.

Why has it been so successful?

According to early reviews, Marcus has a much more user-friendly lending experience than its peers, with fast turnaround times and great customer service. And while the company doesn't comment on third-party reviews, Talwar says he and his team are proud of the customer-centric approach they took.

"In preparation for Marcus' launch, we spoke to 10,000 consumers and tailored our product based on their responses," Talwar said. "Customers want real value, not gimmicks. They want fixed rates that are lower than they're paying on credit cards. They hate fine print and fees, especially hidden fees. Marcus offers a transparent installment loan that's easy to understand."

According to Talwar, Marcus customers enjoy rates that are 300 to 500 basis points lower than credit card interest rates, and Marcus' loans come with no origination, prepayment, or late fees -- a rarity in consumer lending.

Marcus loans also have flexible terms, not just standard lengths such as 48 or 60 months. As Talwar said: "Banks tend to think in terms of loan amounts and interest rates, while consumers often think in terms of their monthly payment. Therefore, we allow our customers to tailor the loan's length in order to produce a comfortable monthly payment for them."

Finally, Talwar and his team pride themselves on the customer-service experience they've created. "We don't have any machines to answer phones. When you call Marcus about your loan, you'll speak to a real-live person, every time," Cohn said, with business hours running from 7 a.m to 9 p.m. Eastern time, Monday through Saturday. 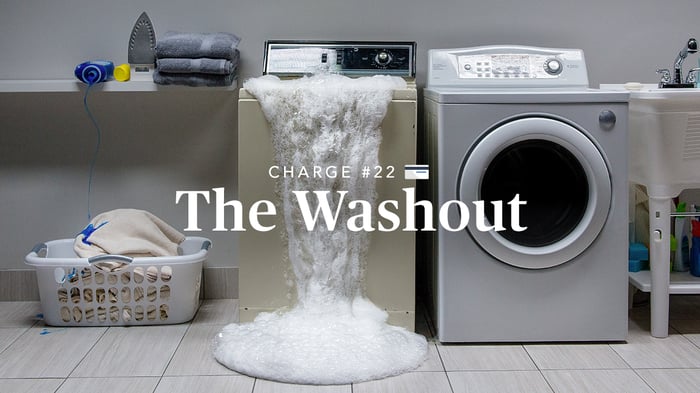 Marcus realizes that life happens and people accumulate debt for a variety of reasons, such as the need for new appliances. Image source: Marcus by Goldman Sachs.

Where does it go from here?

As far as growth potential, Goldman's balance sheet gives it the ability to grow Marcus as quickly (or slowly) as it wants. And with approximately $1 trillion of unsecured debt in the U.S., there is a huge addressable market.

Unlike many other personal-lending platforms, Marcus focuses only on prime-credit consumers, or those with FICO scores above 660. The company's target market is creditworthy consumers with $5,000 to $25,000 in credit card balances, of which Goldman Sachs estimates there are about 20 million.

However, Talwar emphasizes that there's no rush to grow, and the team would rather get it right than grow exponentially. "We're not chasing a number," Talwar said. "We're in it for the long run and want to build a quality platform."