The world's largest burger chain is earning its Golden Arches these days. Shares of McDonald's (NYSE:MCD) have moved higher every single month in 2017, rising 28% year to date. The stock hit a new all-time high earlier this month, and that's going to raise expectations come Tuesday, when McDonald's reports fresh financials.

Analysts see $5.96 billion in revenue for the second quarter, 5% below the prior year's showing, but there's more to the top-line slide than meets the eye. McDonald's is in the process of handing over company-owned eateries to franchisees, a move that lowers revenue with the benefit of propping up margin. The Big Mac daddy has posted 11 straight quarters of year-over-year declines in revenue. The streak should stretch to an even dozen on Tuesday, and Wall Street's cool with that, given the all-time highs. 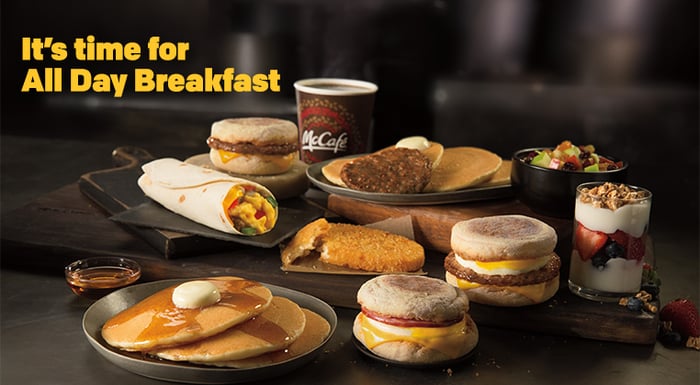 Making it work on the bottom line

The refranchising efforts at McDonald's are extensive. McDonald's expects to refranchise 4,000 locations by year's end, a move that will push the number of franchisee-operated global locations to 93% of its units. An important upshot in all of this is that while revenue should clock in lower on Tuesday morning, earnings should be rising nicely. Analysts are holding out for a profit of $1.62 a share, up from $1.45 a year earlier. McDonald's has consistently beaten Wall Street's income targets over the past year, so it's not brazen to expect the restaurateur to earn more than $1.62 a share for the quarter.

Things have been generally going well for McDonald's since it began to offer breakfast items throughout the day starting in late 2015. The move turned domestic comps around after a two-year funk. The comparisons are getting harder now that we're in the second year of All-Day Breakfast. Domestic comps declined during the fourth quarter of last year before bouncing back in this year's first quarter.

McDonald's is doing a lot of things right. Refranchising is the right call in an era where labor costs are inching higher and activists are clamoring for more. The chain will never be a foodie magnet, but embracing fresh beef and gourmet toppings is raising the bar on quality while mobile ordering, delivery, and in-store tablets are making the process more convenient.

The long-term ambitions are real. We should find out on Tuesday how well it's faring on its plans to return $22 billion to $24 billion to investors through buybacks and dividends over the next three years or if its long-term objective of 3% to 5% systemwide sales growth is on track.

There are a lot of streaks in play as we head into Tuesday morning. We have 11 straight quarters of declining revenue, more than a year of beating Wall Street's profit targets, and a stock trading higher for the seventh month in a row. Another strong quarter could send the stock to new highs, and ultimately that's the only streak that matters.