The first CAR-T therapy recently won a unanimous thumbs up for approval. But that doesn't mean CAR-T stocks are out of the woods just yet.

First-to-market advantage will likely to go Novartis (NVS -0.39%) with its drug named CTL019. Recently, a panel of FDA advisors unanimously recommended approval for CTL019, which will likely receive a final stamp of approval from the agency by early October. Other notable CAR-T players will be following closely behind, such as Kite Pharma (NASDAQ: KITE) and Juno Therapeutics (JUNO) as a multi-billion dollar oncology market is up for grabs. 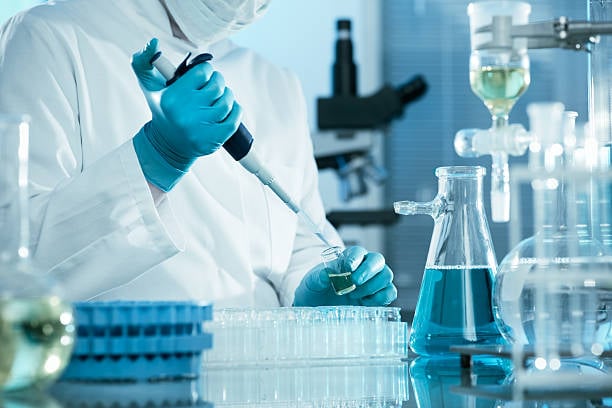 But the very strength of CAR-T therapy -- using a patient's own cells to fight cancer -- could also be its Achilles' heel.

Here are 3 things every CAR-T investor should keep an eye on:

"One of the most exciting things I've seen in my lifetime" is how one FDA expert described CAR-T therapy. And it's easy to see why.

Remarkably, 83% of patients taking Novartis' CTL019 for a rare form of childhood leukemia were put into complete remission where all measurable signs of cancer had disappeared. But, impressive as this is, CAR-T is not without its risks.

CAR-T can also have devastating, sometimes fatal, effects on the nervous system. Cerebral edema, or severe brain swelling, led to multiple deaths in trials for Juno and Kite. As a result, Juno had to shelve its lead product, JCAR015, along with its first-to-market advantage in the CAR-T race.

But the long-term risks of CAR-T are still unknown. Delivering genetic material via a virus vector -- a method used to transform regular T-cells into CAR-T cells -- could have unknown, long-lasting impacts. Patients in these trials haven't been followed long enough to definitively rule out the possibility of mutations caused by CAR-T.

Just how much of a risk this poses, no one really knows. But Novartis is proposing to follow patients for up to 15 years post-infusion, and, as CAR-T goes mainstream, I suspect other CAR-T players will follow suit.

2. Can CAR-T be reliably manufactured?

"Living drugs" like CAR-T therapy can present complex production challenges. With such a highly personalized therapy, each batch of CAR-T treatment begins and ends with the patient. This means that CAR-T is only as good as the starting composition of cells it's made from.

T-cells are first collected from the patient and then genetically transformed into a CAR-T cell in a special lab. These CAR-T cells are then frozen before being returned to the patient for reinfusion. The entire process can take several weeks from beginning to end.

Isolating and modifying the right cells while leaving out the impurities -- specifically, other immune cells -- is a critical step in this entire process. A separate retrospective study documented two cases in which a cancerous B-cell was mistakenly modified, becoming resistant to the CAR-T therapy and ultimately resulting in relapses.

So reliably controlling for the safety, purity, and potency of each individual CAR-T batch will present a logistical challenge. Interestingly, this could be where embattled biotech Juno Therapeutics has an edge. Juno's new lead CAR-T candidate, JCAR017, uses a defined population of T-cells from the patient with the hopes of leading to less variability in the purity of the end product.

First-to-market advantage is important, but the company that can best control this patient-to-patient variability -- while keeping manufacturing failures and costs to a minimum -- will ultimately be the winner in this race.

3. Can CAR-T be profitable?

Assuming the safety profile for CAR-T therapy remains favorable and the drug can be reliably manufactured, the real question is, can CAR-T be profitable?

Novartis is initially restricting use of its CAR-T to just 30-35 specially trained medical centers.This will require patients to either travel to these sites or stay in the area for adequate post-infusion monitoring.

Due to the safety concerns, Novartis has also proposed a Risk Evaluation Mitigation Strategy (REMS) which will limit therapy to patients meeting certain prescribing criteria and require close monitoring. Novartis also plans to assign a single dedicated team to each patient to ensure chain-of-command logistics are followed at every step. Rest assured, all of this means CAR-T production will be no cheap endeavor and CAR-T pricing -- some analysts suggesting upwards of $600,000 -- will likely reflect this.

Another key question will be insurance coverage, and at what stage, for CAR-T. In the Novartis JULIET trial, out of 141 patients, 9 could not be successfully infused with CAR-T due to manufacturing failures. Who will pick up the tab for these manufacturing misses? Will coverage only kick in when a patient is finally treated with CAR-T? Will coverage become dependent upon successful treatment outcomes? All eyes will be on Novartis' CTL019 as it sets the stage for what could be a contentious pricing and reimbursement debate.

It's no secret CAR-T therapy is a game-changing treatment for cancer. The efficacy speaks for itself. As one of the fastest growing segments of the $150 billion oncology market over the next few years, investing in CAR-T stocks seems like a no-brainer. But the verdict is still out on long-term commercial viability. CAR-T therapy may have passed its first critical test with flying colors. But that's no guarantee it will pass the tougher challenges that lie ahead.