In the world of for-profit education, there are two metrics to watch: enrollment figures and how efficiently schools are winning over students. The former is pretty straightforward, while the latter can be a minefield -- think how tricky it can be to gauge when for-profit colleges in the United States use deceptive practices to lure students in.

Luckily for investors in Chinese company New Oriental Education (NYSE:EDU), enrollment numbers are booming while the chances for dubious behavior have subsided substantially since the company pivoted from English tests for soon-to-be college students to after-school, K-12 tutoring. The company's latest earnings report, released Tuesday, was chock-full of encouraging news for investors. 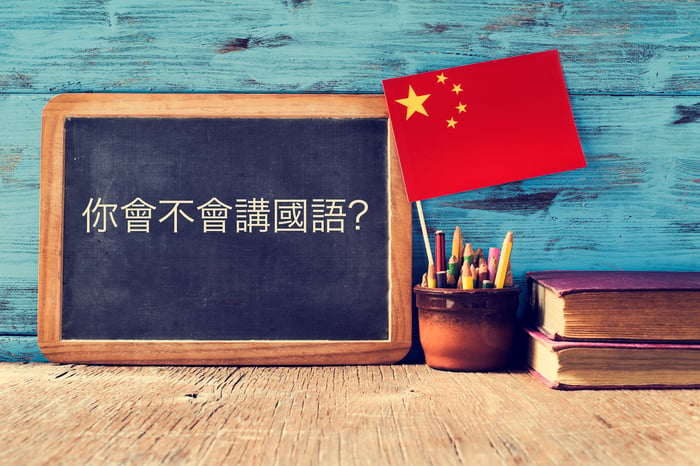 Before diving into the weeds, it's worth scanning over the headline numbers.

It's worth noting that had it not been for unfavorable currency conversions, revenue would have grown an even-more-impressive 31% during the quarter.

Just as important, the company is seeing the payoff from its spending over the past few years to get its name out in hundreds of Chinese cities as the go-to place for after-school tutoring. While the cost of revenues jumped almost in-kind with the top line, spending on sales and marketing was up just 12% -- which helped operating margins expand 127 basis points to 10.66%.

In plain English, this is because more families now know about New Oriental, and as positive word of mouth has spread, the company hasn't had to spend nearly as much to get families to sign up. The online-to-offline (O2O) efforts that management has been investing in were highlighted as a key catalyst for converting more families into the ecosystem.

All told, enrollment was up 37% to 1.42 million students for the second quarter. Commenting on the jump, founder and Chairman Michael Yu said it "was driven by the continued momentum of our K-12 after-school tutoring business with enrollment growth of approximately 51% year-over-year." While New Oriental still does offer test prep, it is becoming increasingly obvious that the future of the company is in K-12 tutoring.

There were a number of other important announcements from the quarter, among them:

The midpoint of management's revenue guidance for the current quarter calls for 19% growth to $637 million. Critically, if this was in constant currency, the jump would be closer to 22%.

We aim to enter into two to four new cities and add approximately 10-15% new teaching facilitates mainly for our K-12 after-school tutoring business in existing cities. In addition, we will continue to expand our businesses into remote areas in China by rolling out our dual-teacher model schools.

The dual-teacher model is when a teacher in one location -- usually a major city -- offers a live lecture to students in remote areas while a tutor provides additional support from the physical classroom. While this has the potential to help New Oriental expand its margins, it's also important to see whether families respond positively to lessons being doled out primarily over the Internet, rather than in person.