Shares of Seagate Technology (STX) have plunged today, down by 15% as of 12:00 p.m. EDT, after the company reported fiscal fourth-quarter earnings that fell short of expectations. Additionally, the company's board of directors has decided to replace CEO Steve Luczo.

Revenue in the fiscal fourth quarter came in at $2.4 billion, with non-GAAP earnings per share of $0.65. Analysts were expecting the company to generate $2.56 billion in revenue and $0.98 per share in adjusted profit, making the bottom-line miss particularly bad. Adjusted gross margin was 28.9%, and Seagate finished out the quarter with $2.5 billion in cash on the balance sheet. 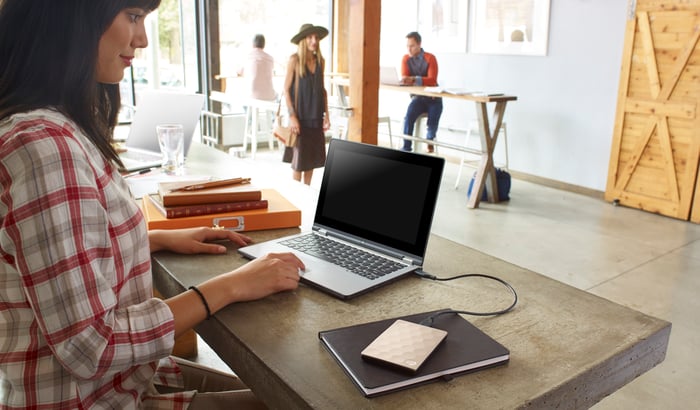 Seagate also announced a quarterly cash dividend of $0.63 per share, payable to shareholders of record as of Sept. 20, 2017.

In a statement, Luczo said, "Although the near-term dynamics of technology shifts present demand variations for the storage industry from time to time, we continue to see growing storage demand in the long-run driven by the proliferation of data growth from new technologies, emerging industries, and growing businesses."

The board voted unanimously to appoint COO Dave Mosley as CEO, effective Oct. 1, 2017. Mosley will also join Seagate's board of directors, effective immediately. Luczo will step down on Oct. 1, 2017, and become executive chairman to "focus on longer-term shareholder value creation."