Shares of LSB Industries (NYSE:LXU), a diversified holding company that sells chemical products for agricultural, mining, and industrial markets, are getting hit with a 24% decline as of 11:00 a.m. EDT after the release of disappointing second-quarter results -- a reversal from the first quarter.

LSB Industries managed to grow its net sales during the second quarter to $122.9 million, up from $110 million during the prior year, but couldn't bring that improvement to the bottom line. The company's net income checked in at a $0.53 loss per share, compared to a profit of $0.20 per share during the prior-year quarter. Part of the financial woes stemmed from weather in its primary markets that caused an inventory buildup of LSB's agricultural ammonia products and resulted in a deterioration in prices. Management anticipates the excess capacity to be absorbed by early 2018, but the near-term pain will remain, which is partly influencing investors in the 25% sell-off today. The other part is that LSB also announced it didn't find a sale transaction that was in the best interests of the company and its shareholders, and has terminated the formal sale process. 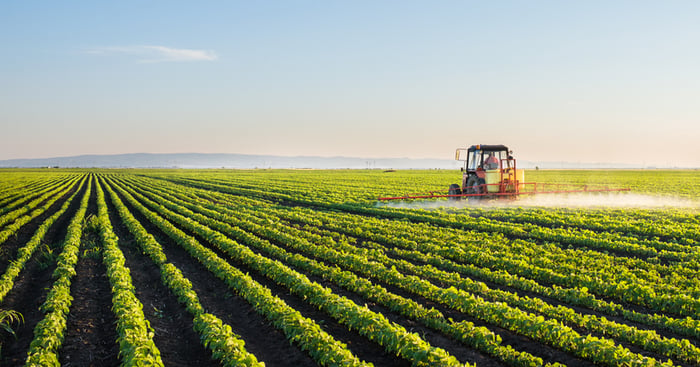 According to Daniel Greenwell, LSB's president and CEO, "The second half of 2017 looks more challenging than we anticipated earlier this year due to the current ammonia pricing environment, which is lower than pricing levels seen at this time in 2016. We do, however, remain highly confident in our ability to operate all our plants at on-stream rates of approximately 95% or higher. Additionally, recent sales of non-core assets have strengthened our balance sheet and provided us with greater financial flexibility, which we plan to further enhance in the coming quarters."

All in all, this was a tough quarter and the news that it was ending the sale process was a double whammy for investors. The only thing management can do at this point to build investor confidence is to improve its corporate cost structure and reduce costs across its business to try to salvage more of its bottom line.