Michael Kors' first acquisition is a splashy buy of a well-known luxury shoemaker.

Michael Kors Holdings (CPRI -3.62%) has agreed to buy U.K.-based high-end shoemaker Jimmy Choo from its owner, JAB Holding. This is Michael Kors' first acquisition in its limited history as a publicly traded company. Here's a closer look at the tie-up between the two well-known fashion brands.

An expensive pair of shoes

Michael Kors will pony up 230 pence ($3.00) per share, or around $1.2 billion in total, for Jimmy Choo, one of the most high-profile luxury shoe brands in the fashion world. The deal has been approved by the boards of directors of both companies. 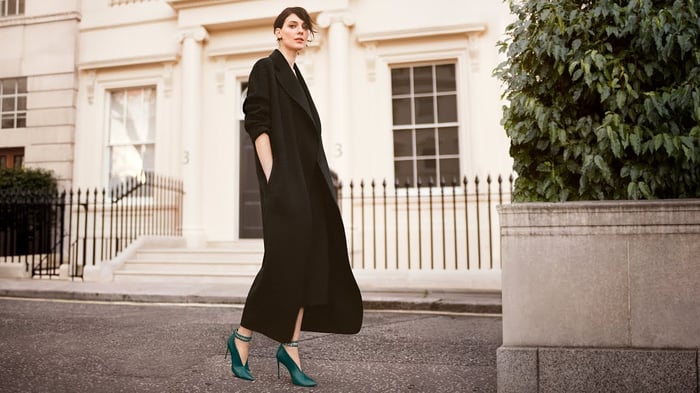 Describing its asset-to-be as an "iconic and powerful luxury brand," Michael Kors enumerated its reasons for buying the company. It said it had potential to grow its sales to $1 billion (the latest annual sales figure was 364 million pounds, or $474 million). Additionally, Jimmy Choo provides the opportunity for a more "balanced" product portfolio, Michael Kors said, and gives the U.S.-focused retailer exposure to international markets.

Michael Kors' chairman and CEO, John Idol, said that the shoemaker "is poised for meaningful growth in the future and our company is committed to supporting the strong brand equity that Jimmy Choo has built over the last 20 years."

Jimmy Choo operates roughly 150 company-owned stores and franchises another 60, in various locations around the globe. Thirty-two of those outlets are located in the U.S. It will continue to operate as a separate brand under the management of current CEO Pierre Denis. Jimmy Choo products will not be sold in Michael Kors stores.

Michael Kors said it has secured bridge financing from JPMorgan Chase and Goldman Sachs for the purchase. It expects the deal to close in the fourth calendar quarter of 2017.

Speculation was rife that Jimmy Choo would be bought by Coach (TPR -1.97%) when JAB Luxury -- a unit of JAB Holding -- offered it for sale in April. Instead, Coach selected Kate Spade for an acquisition target, in a $2.4 billion deal agreed in May. In 2015 Coach smartly bought the high-margin Stuart Weitzman shoe brand, which has boosted the company's gross profit margin.

For Michael Kors, the Jimmy Choo deal makes a lot of sense, despite the considerable expense. It gives the company a well-known, high-end brand that has a presence in many international markets, and has room to grow. And, as Stuart Weitzman did for Coach, the profitable shoemaker can help its recently loss-making new owner improve its bottom line.