Paper checks are slowly going the way of the buggy whip, and Deluxe Corp. (NYSE:DLX) has worked hard to figure out how to respond to the gradual decline of what used to be its key business. It now offers a broad range of business services in areas like marketing and finance that it hopes can produce growth to offset falling results from printing checks.

Coming into Thursday's second-quarter financial report, investors wanted to see further evidence that the company could continue to generate consistent gains in revenue and net income. Deluxe outpaced analysts' expectations, and even though the business services provider sees mixed macroeconomic conditions, it nevertheless asserted confidence in its ability to keep itself moving forward. Let's look more closely what these latest results mean for the future. 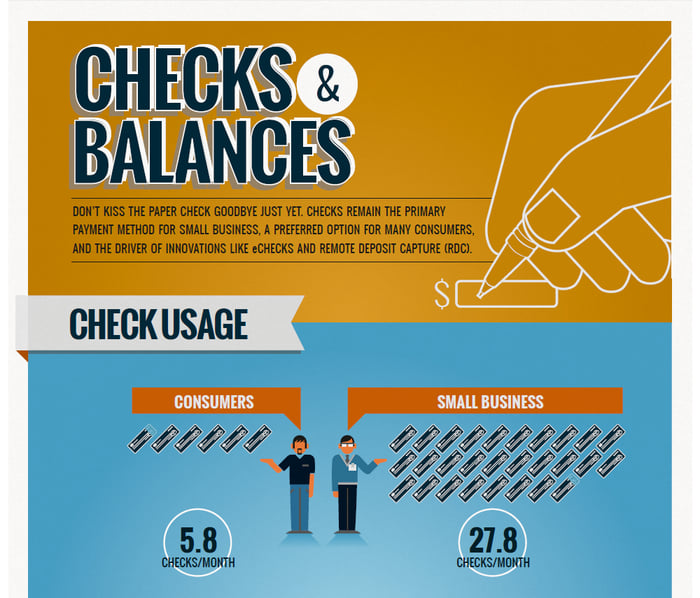 Deluxe checks in with solid performance

Deluxe's second-quarter results showed the company's positive momentum continuing. Revenue was up nearly 8% to $485.2 million, which was stronger than analysts' consensus forecast growth rate of 6%. GAAP net income climbed 2% to $59.6 million, but a healthier boost of nearly 8% in adjusted earnings to $1.29 per share topped the consensus forecast of $1.24 per share.

A combination of organic growth and acquisitions helped to bolster the company's overall performance. Revenue from Deluxe's key small business services unit climbed 5% as demand increased for its market solutions and other services, with particularly strong growth coming from online customers  and the Canadian market. Adjusted segment operating income jumped 17% on a substantial margin expansion.

Its financial services segment, however, turned in a more mixed performance: Despite a 19% rise in revenue, it's adjusted operating income fell 3%.

Much of its rise in financial services revenue came from the purchases of Data Support Systems, FMCG Direct, and RDM Corp. during the past year, but those acquisitions also weighed on profitability in the short term. The direct checks business continued its secular decline, with both revenue and adjusted operating income down in the neighborhood of 10%.

CEO Lee Schram celebrated the overall results. "While there appear to be mixed economic signals at a macro level," he said, "our strategy continues to deliver strong results, growing market solutions and other services revenue." Schram noted that a more favorable mix of sales has made Deluxe less dependent on the check printing business, a key strategic achievement.

What's next for Deluxe?

Deluxe's management thinks it can keep gaining speed. "We believe we are well positioned as we enter the back half of the year to continue to deliver year-over-year growth in revenue, earnings, and operating cash flow," Schram said.

The company offered favorable guidance for the third quarter and boosted some of its forecasts for the full year. The company expects Q3 revenue of between $485 million and $493 million, and adjusted earnings should come in between $1.23 and $1.28 per share. For 2017, Deluxe raised the bottom end of its previous sales range by $10 million -- it's now expecting $1.955 billion to $1.975 billion in annual revenue. Adjusted earnings guidance got a similar $0.05 per share boost to the bottom of its range, leading to new range of $5.20 to $5.30 per share. The guidance was relatively favorable compared to analysts' consensus forecast before the report came out.

The market seemed content with the results, although the stock posted just a minor gain in the opening minutes of the trading session following their release. Investors should be pleased at the progress that Deluxe has made in adapting to its business environment, and the company's strategic vision still looks sound going forward.