Shares of QEP Resources (NYSE:QEP) plunged on Thursday morning, down 16% as of 10:30 a.m. EDT, after the company reported second-quarter results and unveiled a major acquisition in the Permian Basin. 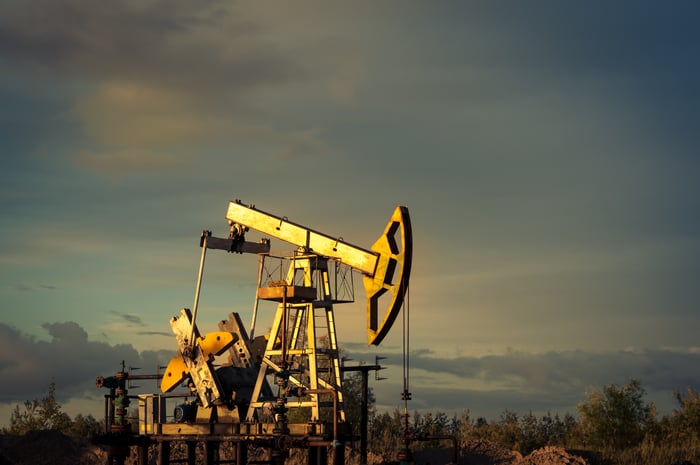 That said, QEP Resources' portfolio is undergoing a dramatic shift toward higher-margin oil in the future as a result of two transactions announced this week. On Monday, the company said it would sell its legacy Pinedale gas properties in Wyoming for $777 million, which it said was "a necessary next step to help fund future development projects and acquisition opportunities." The company took advantage of one such opportunity a few days later by announcing in its second-quarter earnings release that it signed a deal to acquire $732 million in oil and gas properties in the Permian Basin. QEP Resources sees that deal giving it significant scale in the Permian because the transaction will boost its net acreage position by nearly 50% and its potential drilling inventory by over 60%.

In addition to those deals, the company announced that it would add $100 million to its capital expenditure budget, which will enable it to add two more drilling rigs this year. That budget boost comes at a time when most U.S. drillers are "tapping on the brakes," according to oil field service giant Halliburton. Furthermore, Halliburton noted that the rig count in the U.S. is "showing signs of plateauing." For example, Whiting Petroleum cut its budget by $100 million due to the decline in oil prices. That spending cut will result in Whiting Petroleum dropping two rigs, leaving it with just four rigs running through the end of the year.

QEP Resources' decision to increase spending and add rigs goes against the grain, especially considering that the company only generated $295.2 million of operating cash flow so far this year while spending $477.9 million on capex, which is draining its cash position. The company needs oil and gas prices to rebound for that move to pay off, which is a risky gamble given there are plenty of other drillers offering more growth with less risk.