The electronic trading network enjoyed a 7% increase in global trading volume despite a "lackluster market environment."

MarketAxess Holdings (MKTX 1.83%) reported second-quarter results on July 26. The fixed-income trading platform's robust international growth is being fueled by a powerful combination of more clients in more markets trading more often, which, in turn, is helping to drive overall revenue and profits higher. 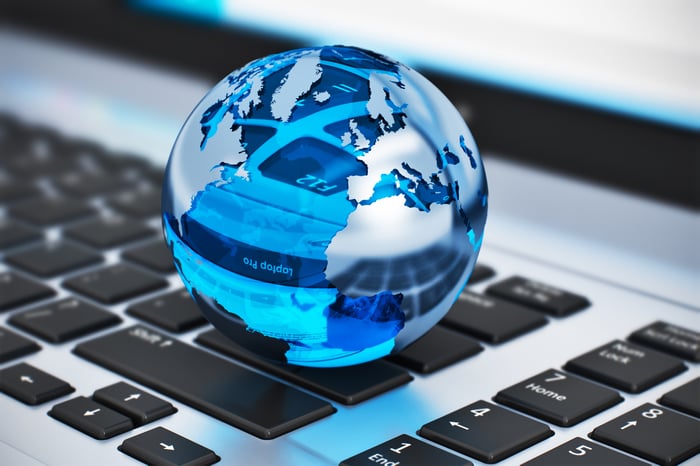 MarketAxess' share of the U.S. high-grade credit market continued its ascent, increasing to an estimated 17%, up from 16.1% in the prior-year quarter. International growth was also a highlight, as MarketAxess' international client volume jumped 24%, to $92 billion, driven by a 31% increase in the number of active clients, to 579 firms.

"Our geographic expansion has been a key driver of revenue and earnings growth, with significant gains in the number of active clients, and emerging market trading activity," Chairman and CEO Richard McVey said in a press release.

The bond-trading network's total trading volume rose 6.9% year over year, to $361.5 billion. Yet variable transaction fees increased only 0.4%, to $70.6 million, as lower average transaction fees mostly offset the benefit from higher volumes. All other revenue -- consisting of information and post-trade services, technology products and services, and investment income -- declined slightly, to $10.3 million, mostly due to currency fluctuations. In all, MarketAxess' total revenue inched up less than 1% year over year, to $97.3 million.

MarketAxess reiterated its full-year 2017 guidance, including:

"We posted our second best quarter ever for trading volume, revenue and diluted EPS in spite of the continued lackluster market environment," added McVey. "We continue to build upon the strong foundation of our global business which we expect will drive further positive momentum when market activity improves."