A strong quarter for the technologies segment boosted the bottom line, but tough market conditions led the company to reduce its full-year guidance.

Nokia (NOK -0.23%) reported its second-quarter results before the market opened on July 27. Revenue declined slightly, driven by a 5% drop in networks revenue, but a strong quarter for the technologies segment offset much of that decline and led to a surge in the bottom line. Nokia was forced to lower its guidance slightly for the full year, citing worsening market conditions, but it still expects to hit its cost-cutting goal by the end of 2018. Here's what investors need to know about Nokia's second-quarter results. 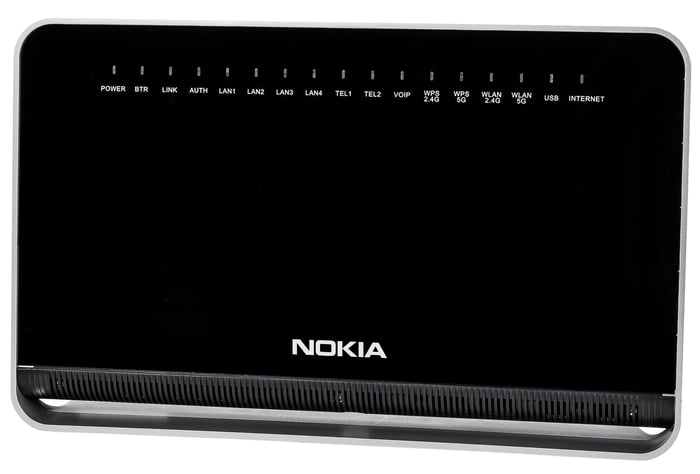 Nokia CEO Rajeev Suri remains confident the company can hit its operating-margin target despite a more difficult environment than expected:

I am proud of the entire Nokia team for delivering strong profitability in the second quarter and group-level net sales that were close to flat year-on-year. Underpinning this result was the excellent performance of Nokia Technologies, as well as robust gross margins and continued topline improvement in Networks. With the good work in the quarter, I remain confident that we will deliver on our full-year guidance of an operating margin of 8-10% in our Networks business.

Suri also pointed to a major catalyst in the coming years:

Despite these headwinds, I believe Nokia's disciplined operating model puts us in a strong position to succeed in conditions of all kinds and continue to deliver solid shareholder value. In addition, we are seeing catalysts in the United States, China and Japan that point to an acceleration of 5G and the commencement of meaningful roll-outs in 2019.

While a decline in the networks business was expected for 2017, Nokia's revenue guidance got a bit worse after the second quarter. The company left its operating-margin guidance unchanged, meaning that its cost-cutting program will likely need to pick up the slack. Nokia remains on track to fully realize its cost-cutting goal by the end of next year, and the potential roll-out of 5G should help drive the business forward beginning in 2019.