Shares of enterprise software company CA Inc. (NASDAQ:CA) slumped on Thursday following reports that merger talks with privately held BMC Software had ended. The stock had soared in June after the talks were initially reported. CA stock was down about 10% at 2:45 p.m. EDT.

According to Reuters, talks between the two companies have broken down due to BMC's inability to arrange financing for the deal. A buyout of CA, valued at around $15 billion, would have been the largest leveraged buyout since computer maker Dell was taken private in 2013. 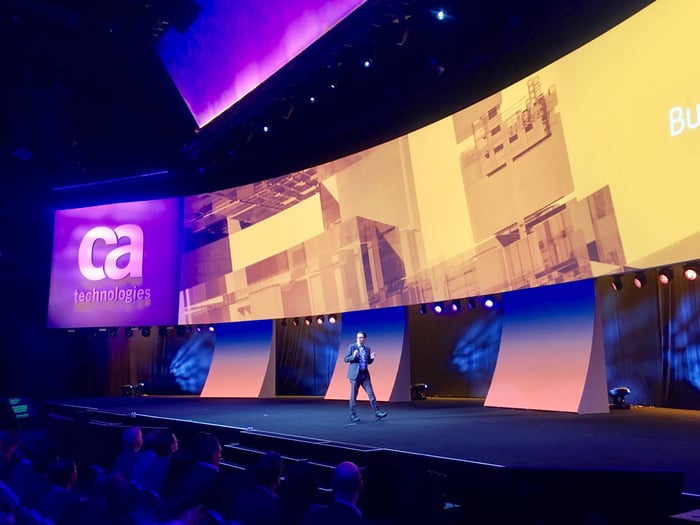 CA is a highly profitable company, but it earns most of its money by selling solutions for mainframe systems. More than half of CA's revenue came from its mainframe solutions segment during fiscal 2017, along with the vast majority of its operating profit. The segment managed an operating margin of 61%, well above the 11% margin earned by its second-largest segment, enterprise solutions.

CA's revenue has been largely stagnant over the past decade, and its net income has declined in each of the past four years. It's possible that another company or private-equity firm could be interested in a buyout, but it would be an expensive bet that the bottom line isn't in permanent decline.

As I warned when the buyout talks were first reported, buying a stock due to acquisition rumors is risky. In this case, investors who bet on a buyout after the stock surged last month have suffered significant losses. The gain driven by news of the talks has now been completely erased.

CA is scheduled to report its fiscal first-quarter results on Aug. 2 after the market closes. Investors should expect to learn more information at that time.