Shares of Symantec (NASDAQ:NLOK) are up more than 30% since the beginning of the year, according to data provided by S&P Global Market Intelligence.

Symantec began the year with the wind at its back following a 40% surge in the number of U.S. data breaches in 2016, as reported by the Identity Theft Resource Center and CyberScout. The cyber damage has continued in 2017, most notably when the "WannaCry" ransomware attack hit more than 200,000 computers in at least 150 countries in May.

These attacks have ushered in a period of heightened awareness among government organizations, businesses, and individuals regarding the serious threat cyber attacks pose. In turn, Symantec is enjoying strong demand for its cybersecurity offerings.

With its award-winning Norton antivirus product, Symantec helps its customers secure their data across devices such as PCs, Macs, tablets, and mobile phones. Moreover, Symantec bolstered its arsenal of cyber defense technologies in the past year by acquiring BlueCoat -- which offers security solutions for networks and cloud services -- and LifeLock, the leader in identity theft protection services. Together, these acquisitions allow Symantec to provide an "end-to-end" bundled cybersecurity offering to consumers and businesses of all sizes. 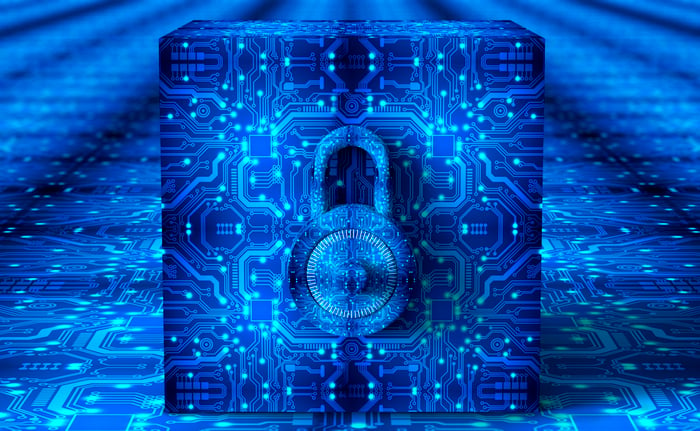 Additional industry consolidation is expected, and Symantec is well positioned to widen its moat by scooping up more of its smaller rivals, many of whom are finding it increasingly difficult to compete with bundled offerings such as those offered by Symantec.

Investors can expect more deals like this in the years ahead, as Symantec moves to cement its leading position in a cybersecurity industry in which spending is forecasted to top $1 trillion over the next half-decade.