Please ensure Javascript is enabled for purposes of website accessibility
Log In Help Join The Motley Fool
Free Article Join Over 1 Million Premium Members And Get More In-Depth Stock Guidance and Research
By Steve Symington - Updated Jul 30, 2017 at 9:46AM

The mini-Berkshire hit an all-time high after its latest report. Here's what investors need to know.

Markel Corporation (MKL 0.81%) announced second-quarter 2017 earnings on Wednesday after the market closed, highlighting exceptional underwriting results and a number of intriguing acquisitions from the specialty insurer and financial holding company. Markel shares subsequently climbed around 1% on the day to close at a fresh all-time high.

Let's have a closer look, then, at Markel's performance to end the first half of the year, as well as what investors can expect going forward. 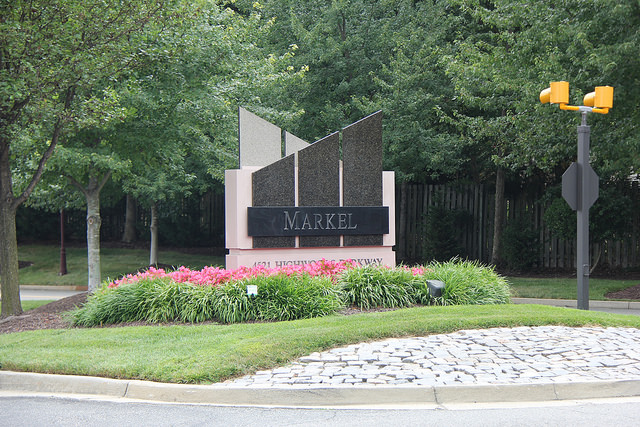 These results compared favorably with investors' expectations for net income per share of $6.57. But a more effective measure for Markel's success as a financial holding company is its growth in book value per share. To that end, book value per common share outstanding at the end of the quarter was $643.37, up 6.1% from the end of 2016 and up 6.7% from $603.13 at this time one year ago.

On the investment side, Markel's net investment income increased 4.5% to $99.3 million, driven by a combination of dividend income from equity securities, interest from Markel's fixed income portfolio, and higher short-term interest rates. Total invested assets -- including investments, cash and equivalents, and restricted cash and equivalents -- stood at $19.68 billion at the end of the quarter, up from $19.34 billion last quarter and $19.06 billion at the end of 2016. Equity securities represented $5.341 billion of that total, or 27.2%, up from $5.04 billion, or 26% last quarter. Meanwhile, fixed maturities comprised 51%, and cash and equivalents represented the remaining 21.8%.

Net unrealized gains on investments (net of taxes) were $2.1 billion at the end of June, up from $1.7 billion at the end of 2016 and $1.9 billion last quarter. By purchasing and holding high-quality stocks for long periods of time without selling, Markel co-CEO and chief investment officer, Tom Gayner, ensures their gains can compound more effectively without incurring unnecessary tax bills along the way.

Finally, at Markel Ventures -- which houses Markel's non-insurance, non-investing portfolio of businesses -- quarterly operating revenue rose 5.3% year over year to $313.6 million, including a 4.7% decline in manufacturing business revenue to $184 million, and 23.9% growth in non-manufacturing business revenue to $129.6 million. Markel Ventures net income to shareholders declined 6.4% to $20.5 million, and earnings before interest, taxes, depreciation and amortization (EBITDA) fell 3.3% to $49.2 million.

Markel also completed a single acquisition during the quarter, and announced two additional acquisitions just prior to its quarterly report this week.

First, in late April Markel completed its acquisition of SureTec Financial Corporation, one of the largest privately held surety companies in the United States. SureTec's results will be included under Markel's U.S. Insurance segment, and the company will be renamed Markel Surety Corporation. As is typically the case when Markel buys a business, SureTec will retain its Chairman and CEO, John Knox Jr., and its entire team has transferred with the business to Markel.

Then on July 26, 2017, Markel announced a definitive agreement to acquire a majority interest in Miami-based Costa Farms. Costa Farms, for its part, is the largest producer of ornamental plants in the world, stretches over 4,000 acres globally, and employs almost 5,000 people. It will operate under Markel Ventures.

"The Costa family and their team have spent generations building a company that beautifies people's lives and homes with millions of plants and garden flowers each year," Gayner stated. "We love what they do and the way they go about doing it, and when they approached us looking for a partner to support the continued growth of this incredible company for future generations, we couldn't have been more excited."

Last but not least, and also on July 26, 2017, Markel announced a definitive agreement to acquire all outstanding shares of State National (NASDAQ: SNC) common stock for $21.00 per share in cash, a deal worth roughly $919 million. State National is a leading specialty property and casualty insurance services company.

We are excited to be joining forces with State National -- an industry leader with a talented management team that has delivered exceptional long-term results. In addition, we are impressed by the cultural fit between our two organizations. Strategically, State National will help us to leverage our Insurtech and digital distribution initiatives, diversify our underwriting and fee based portfolios and revenue streams, and add to Markel's third party capital capabilities. Combining Markel's financial strength with State National's unique business model and proven record of success, we are confident that all stakeholders will be well served moving forward.

As a reminder, Markel doesn't provide specific quarterly financial guidance. But there's no denying that this was a stellar report in which Markel not only demonstrated the strengths of its existing businesses, but also secured three acquisitions that should serve to further solidify its industry leadership and long-term growth prospects. With that in mind, it's no surprise to see Markel stock trading at an all-time high.