Pebblebrook Hotel Trust (NYSE:PEB) closed the sale of another hotel during the quarter bringing its total to nine hotels since beginning its strategic disposition plan. However, with fewer hotels generating revenue, it's causing the company's financial results to decline, which was the case again during the second quarter. 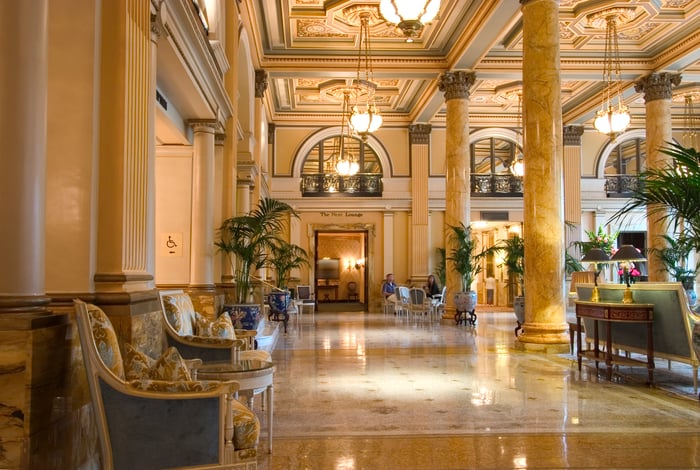 Pebblebrook's results continue to fall along with its property count:

During the second quarter, our hotels generated better than expected revenues, primarily non-room revenues, and lower than forecasted expenses in order to deliver better than expected Same-Property EBITDA, Adjusted EBITDA, Adjusted FFO and Adjusted FFO per diluted share. We achieved these results with in-line room revenues despite greater than expected disruption from the redevelopment of Hotel Zoe San Francisco. Overall, our hotels in Seattle, Boston, Washington, D.C. and San Diego experienced solid demand growth during the second quarter, which helped to partly offset the anticipated softness in San Francisco caused by the Moscone Center building closures. Although many leading economic indicators remain positive, business travel demand remained soft in the quarter as companies continue to exercise restraint with discretionary spending such as travel. As a result, we will remain cautious in our outlook for the remainder of 2017 until we are positively impacted by a reacceleration in business investment and spending.

As Bortz notes, the company's hotels are performing well despite several headwinds. However, it remains concerned with softer business travel spending, which will likely mute demand for hotel rooms in the coming quarters.

That said, despite those weaker business travel trends, the company is boosting its full-year guidance. Pebblebrook now sees AFFO coming in between $171.7 million to $177.7 million, which is up from its prior range of $167.2 million to $176.5 million. Meanwhile, it sees AFFO per share between $2.45 to $2.53, which is an improvement from its previous range of $2.37 to $2.50 per share, due in part to the expectation of a lower share count thanks to its repurchase program.