The automotive-components supplier is generating growth even as auto industry growth is slowing.

According to BorgWarner Inc. (BWA 0.68%) management, the outlook for the auto industry worsened in the past few months. But you wouldn't know it from the company's second-quarter results released on Thursday. BorgWarner is outperforming its end markets, and to such an extent that management felt compelled to raise full-year sales and earnings guidance.

Let's take a look at a strong quarter for the engine and drivetrain company.

First, a look at the headline numbers:

Sales and earnings, then, were ahead of guidance, and that comes in an auto-industry environment CEO James Verrier described on the earnings call as "modestly weaker than our expectations going into the quarter." He also noted that "Global light vehicle production flattish in Q2, with production down about 1.5% for our adjusted geographic exposure. " 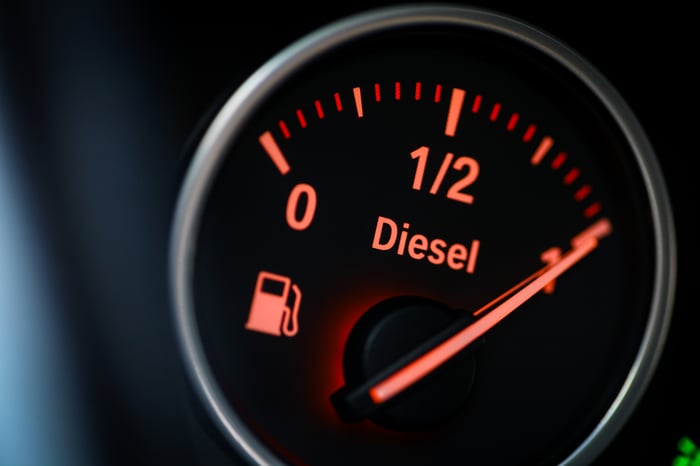 In fact, because of the better-than-expected earnings and BorgWarner's industry outperformance, management increased its full-year guidance.

What happened in BorgWarner's quarter

It's useful to break out sales and earnings by segment to see where the growth came from in the quarter.

It's a strong performance from BorgWarner, not least because the company is dealing with two potential headwinds in 2017. The first is a more of a cyclical issue, specifically the slowing in automotive markets in North America and China. The second is more of an ongoing structural issue, namely the shift from diesel to gasoline and hybrid/electric vehicles, particularly in Europe. Indeed, the U.K. recently announced plans to ban gasoline and diesel cars by 2040.

Move away from diesel

Regarding the latter, Verrier has previously claimed that BorgWarner would be able to offset any increase in the shift away from diesel. This is a potential issue for BorgWarner, though, as diesel cars tend to include turbochargers, and BorgWarner is a leading player in the market. But Verrier, citing a year-over-year decline in diesel share in Europe in Q2, said the company continues to offset the headwinds.

Regarding the full-year outlook for automobile production in 2017, Verrier reiterated industry forecasts for light-vehicle production to grow 1% in China and 2% in Europe, but he also said a 2% decline in North America is expected. Given BorgWarner's specific geographic exposure, this mix results in production growth of "less than 1%" --  a similar outlook to that given in the first-quarter results presentation.

However, Verrier sees BorgWarner as being able to grow sales though increasing market share and content per vehicle. Meanwhile, ever-growing fuel economy and emissions regulations speak to BorgWarner's potential to increase product sales even if production growth is slowing.

BorgWarner's second-quarter results and guidance increase were well received even as its end markets appear to be slowing. It's a demonstration of the company's ability to continue to generate growth and stay relevant even as cyclical and structural shifts in the automobile occur. Investors will want to see more of the same in the coming quarters.