Amazon.com (NASDAQ:AMZN) made another bold move into an emerging industry last week.

The e-commerce giant launched a social media platform called Spark, which the company says "is a place to discover things from people who share your interest." If it sounds like other social media sites, it should: Analysts have compared the app, which is built into the regular Amazon app, to a combination of Pinterest and Instagram. Users scroll through a series of images much like Instagram, but the focus on products makes it more like Pinterest. 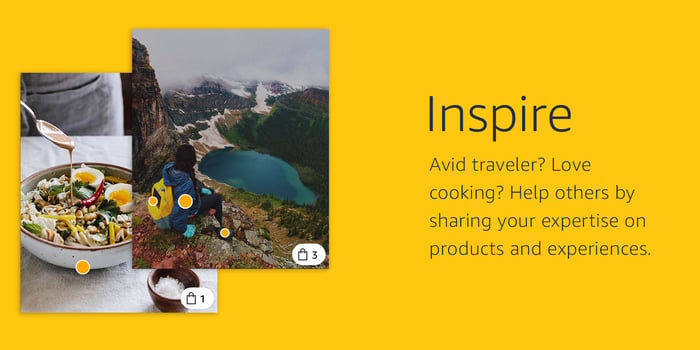 Amazon is paying brands and influencers to post content on Spark, with images that users can tap in order to purchase one or more products in the photos, often clothing, home products, or food. For example, the interior design blog Apartment Therapy posted pictures of rooms with IKEA furniture for sale on Amazon. When I looked at Spark recently, a majority of posts appeared to be sponsored by publishers like Apartment Therapy.

Separately, Amazon is reportedly developing a messaging app called Anytime, though the company has yet to confirm the rumors. Still, a messaging app could enable enhanced communication between consumers and businesses, a boon to both Amazon customers and sellers.

Matt Britton, CEO of Crowdtap, an influencer marketing platform, sees Amazon Spark as filling an e-commerce opportunity that Pinterest could not. While Pinterest built a social network around products, it did not have the retail interface and inventory that Amazon does to launch a successful e-commerce operation. Britton believes Spark "will take off with Pinterest users," especially in areas like home decor and fashion.

Beyond that, Amazon's own history and culture may offer an explanation for the decision to launch Spark. The company has habitually dived into emerging markets and technologies since its beginning as an online bookstore, and doing so is a core component of the company's strategy. Among the categories it's entered are e-books, tablets, smartphones, cloud computing, video streaming, daily deals, voice-activation technology, and many more. It's almost hard to think of a new technology that Amazon hasn't chased after. CEO Jeff Bezos has embraced risk-taking and failure, and coming up with new ideas like Spark is essentially in the company's DNA.

Social media finally seems to be reaching a tipping point as an engine of e-commerce -- Facebook (NASDAQ:FB) is increasingly using Instagram as a platform for e-commerce similar to Amazon's Spark. On some brands' feeds, users will be able to click on a product image in order to buy it. Nike Inc (NYSE:NKE), for example, recently decided to sell products through Instagram, making the decision at the same time it said it would sell directly on Amazon.

Unlike the advertising-centric platforms elsewhere in social media, Amazon's goal isn't to build a base of hundreds of millions users. Britton sees it as another way that the company can "surround its customers," as it offers users a more pleasurable way to shop by scrolling through images related to their interests.

Spark likely won't have a measurable effect on Amazon's sales or its bottom line, but social media is a huge untapped opportunity for the company, and entering it with platforms like Spark and Anytime is a smart way to leverage its reputation for customer satisfaction.

With social commerce at a tipping point, Amazon is once again ready to strike. Even if Spark won't transform its business, enhancing relationships with its customers is always the right move.