Summer is, of course, the most important time of the year for the travel industry. So it was fitting that Priceline Group (NASDAQ:BKNG) closed its latest acquisition this summer -- Copenhagen-based Momondo Group. That's good news for shareholders because although Momondo Group is not large compared to Priceline, it is critical for its new parent's success. Here's why.

Back in February, Priceline agreed to buy Momondo Group in an all-cash deal for $550 million. That bought it three notable assets. The main one is the near-namesake momondo, which is a metasearch engine, meaning that it returns search results for airline tickets, hotels, and car rentals. Actual purchases are made through those vendors.

Momondo Group's sites are aimed at a more youthful audience that might not have the budget for splashy holidays but still hungers to see the world.

This is a niche in the travel industry that the two large online travel agencies, Priceline and its arch-rival Expedia (NASDAQ:EXPE), have trouble addressing on their own. That's because of the size of the anchor priceline.com and expedia.com portals, which dictates that their offerings hit as broad an audience as possible. 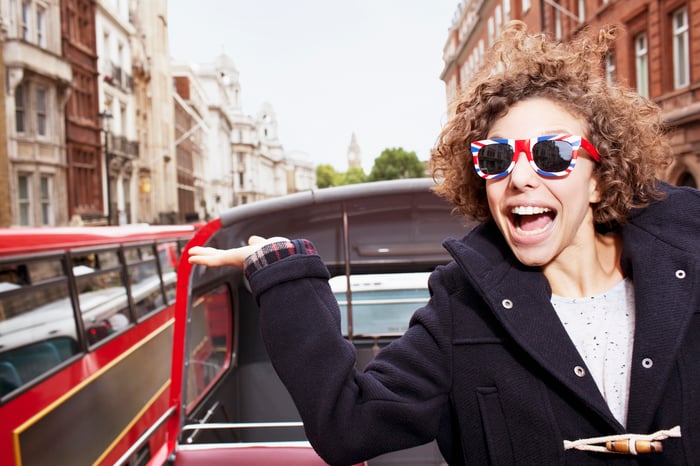 Owning Momondo Group also bolsters Priceline's presence on non-U.S. markets. Based in the U.K. and Denmark, the new asset has always been Europe-focused (although Cheapflights has been a hit in the U.S.).

It was probably no accident that Priceline CEO Glenn Fogel emphasized that part of the world upon the closing of the deal. "[m]omondo and Cheapflights are premium brands that have garnered a loyal customer base throughout key markets in Europe, and we couldn't be more excited to welcome the Momondo Group team to The Priceline Group family," he said.

There are other areas for growth, of course. Cheapflights, for example, has seen "incredible growth" in traffic on the Asia-Pacific market, according to its CEO Hugo Burge.

This international dimension plays to Priceline's strengths. In Q1 the company derived around 88% of its gross profit from non-U.S. markets. By contrast, for its Q1, Expedia's international gross bookings comprised only 36% of its total in that metric, and 43% of revenue.

Although the enduring strength of the dollar reduces revenue for the U.S.-based Priceline, foreign markets are less developed than their fairly mature American counterpart. Hence collectively, they hold the promise of better growth going forward.

Priceline Group proudly and frequently advertises that it is "the world's leading provider of online travel and related services." That obviously resonates with investors, as the stock has been a high flyer, particularly in recent times. 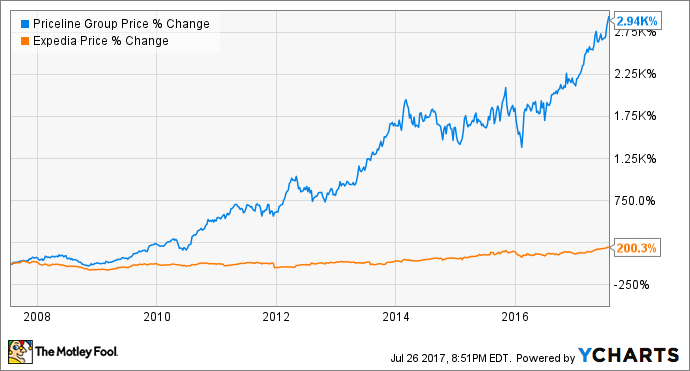 Its many acquisitions over the years have been aimed at establishing, consolidating, and defending that No. 1 position. That's why buys such as Momondo Group, a youthful and growing company serving an important niche market, are not only significant -- they are essential to Priceline's future.