Sometimes it's hard to live to up the hype of a turnaround. Shares of Twitter (NYSE:TWTR) began the week trading at their highest level since late last year, but it was a different story by the time the company posted second-quarter results on Thursday. Twitter's financial performance was a disappointment, sending the shares 16.7% lower on the week.

Revenue clocked in at $574 million for the quarter, declining 5% since the same period a year earlier. User growth and engagement trends remain positive, but Twitter continues to be challenged in its ability to monetize its traffic. Adjusted profit declined to $0.08 a share, but Wall Street was settling for tweaked earnings of just $0.05 a share on $536.6 million.

You don't often see stocks take double-digit percentage hits on better-than-expected results at both ends of the income statement. Twitter's slide was mostly the result of slowing user growth and uninspiring guidance for the rest of the year. The social-media giant closed out the quarter with 328 million monthly active users, sequentially flat with the first quarter's audience and a modest 5% uptick over the past year. Daily active users are growing faster than that, but until Twitter solves its monetization issues, the financial results aren't likely to impress. 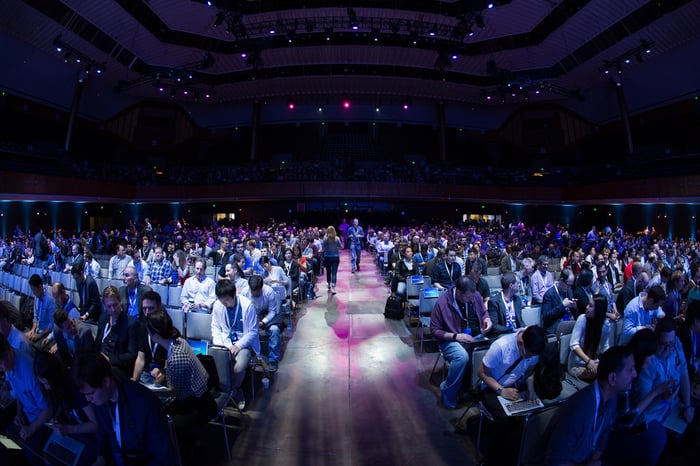 Colin Sebastian put out a cautious note following Thursday's report. He concedes that user engagement -- daily active users have risen 12% over the past year -- and cost-control initiatives are starting to pay off, but the overall lack of active accounts gains remains a pressure point. Sebastian, who is maintaining his "neutral" rating on the shares, thinks Twitter will face tough comps in the coming quarters.

James Cakmak at Monness Crepsi was even more concerned, arguing that year-over-year comparisons will get tricker as we lap last year's election cycle. Twitter's inability to cash in on its current user engagement makes it difficult to get excited about the microblogging platform's near-term prospects. He's also sticking to his near-term "neutral" call but sees about 25% of downside risk from here.

Twitter isn't standing still. Mashable is reporting that Twitter is testing a monthly $99 subscription service that will help amplify an account's posts. The new offering increases the visibility of tweets to those following the account as well as making the profile more prominent in search results. Mashable concludes that it will make Twitter worse by filling feeds with brand plugs and social-influencer drivel. However, another thing it can do is wean Twitter off ad revenue that hasn't been easy to come by lately.

Bulls will argue that this is Twitter's third straight quarter of double-digit increases in daily active users. However, it's the first time in a year and a half that sequential growth didn't accelerate. Daily active users have grown from a 3% year-over-year rate six quarters ago to 5%, 7%, 11%, 14%, and now 12% in subsequent quarters. There were a few bullish analyst notes in the days leading into Thursday's report, but the fact that we're seeing mostly lukewarm takes after the numbers came out is disconcerting.

Twitter was on a roll until last week, and now it will need to get that positive momentum back.