Going into Facebook, Inc.'s (NASDAQ:FB) second-quarter financial release, investors were looking to see if the long-predicted slowdown in advertising growth for the social-network purveyor would finally materialize. The company has been predicting slowing growth in the second half of 2017, as it would eventually run out of space for new ads. While those cautions remain in place, investors were pleased to see that the anticipated slowdown hasn't materialized yet.

For the just-completed quarter, Facebook saw revenue grow to $9.3 billion, up 45% year over year, while net income of $3.89 billion jumped an astonishing 71% over the prior-year quarter. Revenue from mobile advertising grew to 87% of the total, up from 84% in the prior-year period. The average price per ad was up 24%, while the number of ad impressions increased 19%, both year over year.

The number of monthly active users of the social-media platform hit a milestone 2.01 billion during the quarter, a 17% year-over-year increase, while those who login daily climbed to 1.32 billion, also up 17% year over year. 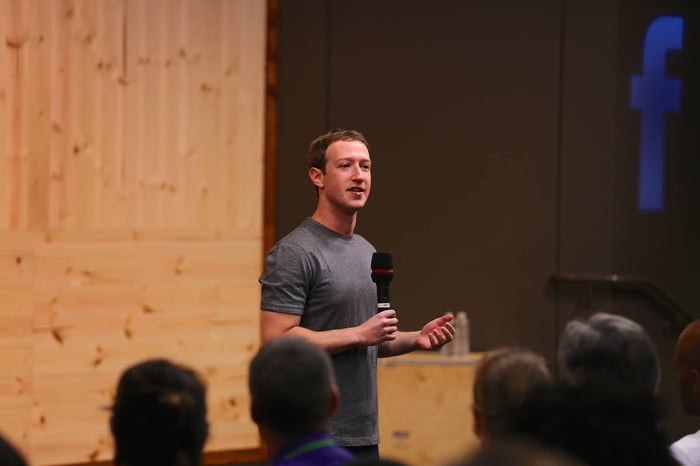 Facebook reported important user engagement metrics from its array of social networking sites. More than 250 million people every day use Instagram and WhatsApp stories, and the company recently added the ability for users to reply to those stories with a photo or video.

Video will continue to be an area of significant investment for Facebook over the next several years, as it notes that use of its Live feature is growing quickly and the company will be adding new features to improve the user experience. Video advertising on the site is evolving as well. Facebook has found that shorter-form ads tend to outperform longer ones, particularly as users are spending increasing amounts of time on mobile devices.

Facebook also plans to expand the business ecosystem that it's building around Messenger and WhatsApp, noting that more than 1 billion people are using WhatsApp daily. Facebook also announced that it had begun to monetize its Messenger platform for the first time, and it also has plans to move more quickly to institute advertising on its messaging app. 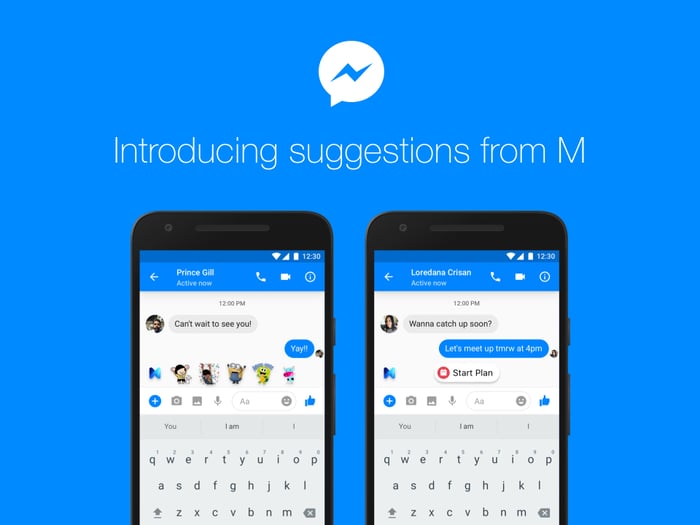 On AI and mission

The company is using artificial intelligence (AI) in a variety of ways to both improve the user experience and make it increasingly more relevant. Facebook is developing AI to flag inappropriate content and identify propaganda and terrorist accounts so they can be removed from the site. The company is also using AI to improve the relevance of content that appears in the News Feed. On the advertising front, AI will be able to target ads more precisely than is currently being done manually.

Facebook CEO Mark Zuckerberg also revealed that the company had updated its mission. During the past decade, the company had "focused on making the world more open and connected," and the mission was to "bring the world closer together." In furtherance of that mission, Facebook is working to build out meaningful communities on the site. The goal is to have more than 1 billion members join groups that will become an important part of their social network experience.

The company was careful to note that it expected the growth rate of advertising to moderate in the second half of the year, as available space for ads declined, while initial efforts to monetize Messenger would be slow.

Investors were happy that growth had yet to slow, despite Facebook's warning that it's coming. The company continues to find innovative new ways to continue improving the experience, while making its existing advertising more personal and relevant. If the company can successfully navigate these uncharted waters, investors will continue to be rewarded.