That's what happened with Frontier Communications' (OTC:FTR) decision to spend $10.54 billion buying Verizon's (NYSE:VZ) former wireline business in California, Texas, and Florida (CTF). That move made sense when it happened.

It was a bold attempt to lower costs per customer by allowing the company to spread expenses over more subscribers. Basically, the Verizon deal was Frontier's attempt to go from the minor leagues to the majors, and it turned out to be a mistake.

There has been some good

In closing the CTF deal, Frontier took ownership of roughly 3.7 million voice connections, 2.2 million broadband connections, and 1.2 million FiOS video connections in California, Florida, and Texas. That was supposed to give the company operating scale to lower expenses, and that part of the deal actually worked.

CEO Daniel McCarthy, a man who can see the bright side in any piece of bad news, has been publicly optimistic since the CTF deal closed. During his company's Q1 earnings call, he explained just how much money the purchase has saved the company.

"We're pleased to have met our target of realizing $1.25 billion in annualized synergies," McCarthy said. The company expects to achieve another incremental $350 million in annual savings by midyear 2018.

That's the good news, but it's essentially the only positive for the company. Frontier has gotten more efficient, but it's having a very hard time holding on to the subscribers it paid $10.54 billion for. 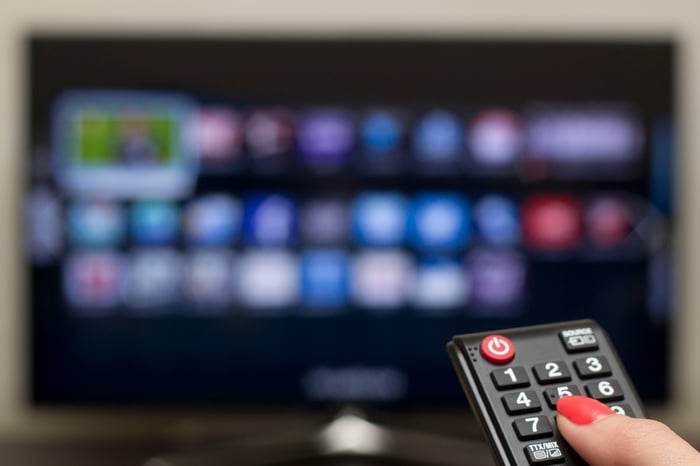 In the four quarters since the CTF purchase closed, Frontier has lost subscribers. McCarthy has had seemingly valid excuses each time. At first he blamed the switch from Verizon; then he blamed a lack of marketing. For the past two quarters he has said the problem was customers who made the switch but never paid.

The reality is that Frontier made the Verizon deal at a time when the market was changing. Cord cutting, or dropping cable for streaming services, has slowly sped up, giving consumers more options.

That's very bad news for Frontier, which operated by entering markets with established cable companies and offering an alternative. The company used cheaper prices, at least during a promotional period, to lure people in. It was a market strategy that worked because people often disliked their cable provider.

In the current market, however, Frontier is one option among many. It perhaps remains attractive for disgruntled customers of its bigger rivals who still want a traditional cable and broadband package, but it's not competitive in cases where people are looking to spend less by switching to streaming alternatives.

It's time to run

Frontier has taken away much of the incentive shareholders had to own the stock. That included the recent double-whammy of a 1-for-15 reverse stock split and slashing its dividend from $0.105 to $0.04 per share, beginning with the recent June 30 payment.

Those moves were needed to avoid being delisted and to be able to service its debt. Frontier lost $587 million in 2016, almost twice the $316 million it lost the previous year. As it continues to lose subscribers each quarter, there's little reason to think it can reverse those losses.

Frontier and its shareholders made a bet that bigger would be better. A few years earlier, that would have proved to be true. In the current marketplace, however, being a bigger small player has not worked out.

It's hard to see a path forward for Frontier that results in a return to profit. The best-case scenario is that a bigger player buys the company, but if that happened, it would be a fire sale.

This is a money-losing company facing market conditions that make a turnaround unlikely. Frontier has very good management that will prolong its existence, but the end result remains inevitable.