Investing in a conglomerate takes a lot of work because you can't just focus on a single business or even a particular industry. Leucadia National (NYSE:JEF) is best known for its Jefferies Group financial services business and its National Beef meat processing and supply company, but it also includes plenty of other investments in companies. Fully understanding those businesses is a tough task even for professional investors, and ordinary shareholders can feel overwhelmed by the sheer scope of Leucadia's business.

Coming into its second-quarter financial report, Leucadia investors had wanted to see a nice jump in earnings on solid revenue gains. The company delivered on the top line, but profit growth was a lot more muted than many had hoped, and that led to a share-price decline for the stock. Let's take a closer look at Leucadia National and what its latest results mean for what's to come. 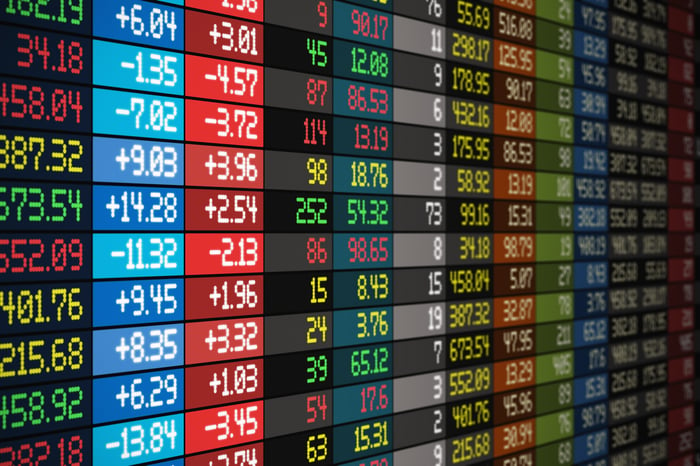 Leucadia's second-quarter report showed some of the crosscurrents affecting the company. Revenue was up 4% to $2.73 billion, which was much better than the 1% sales gains that most investors were expecting to see. Net income inched ahead by less than 2% to $58.2 million, however, and that resulted in earnings of $0.16 per share. That was far below the $0.30 per share consensus forecast among investors.

A closer look at Leucadia's numbers shows how the push and pull of different businesses weighed out in the end. The Jefferies Group financial services unit enjoyed 8% sales gains that lifted pre-tax income by 14% from year-ago levels. The National Beef unit also saw better results on the top and bottom line, with gains of nearly $0.25 for pre-tax profit based largely on improved gross margin figures. What held the company back was a drop in revenue at the company's merchant banking businesses, with mark-to-market losses causing revenue to nearly evaporate, falling more than 85% and leaving the division with considerable losses after factoring in costs.

Yet fundamentally, Leucadia had a lot of good news to report. New issuance in the equity and debt arenas helped Jefferies improve, although weakness in the fixed income market hurt results there. The FXCM restructuring has continued apace, and favorable returns for Leucadia Asset Management were a source of pride for the company. Efforts in the real estate and auto finance areas also did well.

CEO Rich Handler was content. "We are pleased with Leucadia's second-quarter results, reflecting a solid quarter for Jefferies as previously reported, continued good results at National Beef, and progress across Leucadia," Handler said.

Leucadia continues to show confidence in its own stock. The company bought about 1.2 million shares at a price of $25.26 per share during the quarter, leaving it with authorizations to buy back up to 15 million more shares in the future.

Investors also got good news on the dividend front. Leucadia said that it would boost its quarterly payout by 60% to $0.10 per share, rewarding those who've stuck by the company during tougher times. Even with the boost, though, Leucadia still has a relatively unattractive yield of just over 1.5%.

Still, shareholders weren't entirely satisfied with Leucadia's overall performance, and the stock fell more than 2% on Friday following the Thursday afternoon announcement. In the long run, Leucadia has plenty of ability to grow, and investors hope that the various parts of the conglomerate's business will fit together well and keep generating value for the stock.