It nearly goes without saying that tech companies should look ever forward and spend little time gazing at the road behind them. A major recent example comes from Adobe Systems (NASDAQ:ADBE), which announced it will no longer support its often-controversial Flash software. The news came as a relief to IT professionals and casual web surfers alike. There were good and solid reasons for that reaction.

Not feeling the love

Adobe will cease to update and generally make available Flash starting at the end of 2020. It didn't get more specific about the date.

In the press release announcing the decision, Adobe wrote that "as open standards like HTML5, WebGL, and WebAssembly have matured over the past several years, most now provide many of the capabilities and functionalities that plugins pioneered and have become a viable alternative for content on the web."

Adobe said it will remain "fully committed" to working with its partners, including heavyweights Microsoft (NASDAQ:MSFT) and Apple, to sustain the safety and compatibility of content written for Flash.

Some of these companies sounded a relieved note in reaction to the news; Microsoft wrote in its official blog that it will phase out Flash support for its current browser Edge -- as well as on its own piece of abandoned technology, the Internet Explorer browser (which many disliked as intensely as they did Flash).

Flash's animations were impressive at the dawn of the Web's mass popularity, but as time wore on, so did the software's usefulness. Many professionals and everyday Web cruisers faulted it for numerous flaws that made user lives more difficult. 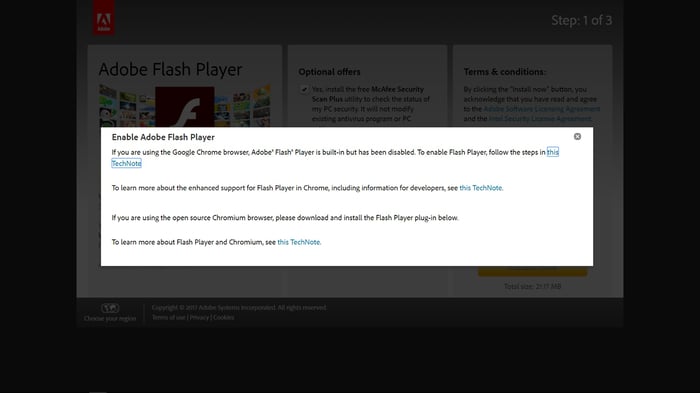 A 2015 article in Wired magazine summed up these feelings very succinctly and unambiguously with the headline "Flash. Must. Die." In the story, author Brian Barrett wrote that the demise was necessary "[b]ecause Flash is a closed, proprietary system on a web that deserves open standards." The article continues: "It's a popular punching bag for hackers, which puts users at risk over and over again. And it's a resource-heavy battery suck that at this point mostly finds its purchase in pop-up ads you didn't want to see anyway."

Ouch. Meanwhile, as this criticism was growing and sharpening, Adobe was forging ahead as a company.

Earlier this decade, it placed versions of its popular software offerings on the cloud, providing them on a subscription basis. This move eliminated the need for individual users and businesses to purchase expensive, bulky hard media software packages, and to keep track of licenses.

On top of that, it embraced trends and technologies with a future, such as virtual reality and video advertising solutions.

This forward-looking strategy has served Adobe very well. In its most recently reported quarter, the company blew the market away by beating not only analysts' estimates but also its own guidance. Revenue notched a new all-time record, climbing 27% on a year-over-year basis to almost $1.8 billion. Not to be outdone, the bottom line expanded by 53% to $374 million.

There's little reason for companies to stay loyal to clunky, unloved, and no-longer-useful solutions, particularly in the fast-moving tech world. Flash certainly had its day in the sun, and it's undeniably a crucial part of early web history, but time has passed it by. A company with a bright future ahead of it, Adobe Systems made the right decision in pulling this plug.