Wall Street was mixed again, but these stocks climbed. Find out why.

Monday started out the new week with the same internal tension within the stock market that investors saw last week. The Dow Jones Industrials climbed to new heights, aiming for the 22,000 mark, but technology stock weakness made the Nasdaq Composite underperform most other major benchmarks. Earnings season continued to push shares of individual companies in both directions, and an uptick in merger and acquisition activity also drove the most-watched stories of the news cycle. Dynavax Technologies (DVAX 4.52%), Alliance Holdings (NASDAQ: AHGP), and Sohu.com (SOHU 0.95%) were among the best performers on the day. Below, we'll look more closely at these stocks to tell you why they did so well.

Shares of Dynavax Technologies soared 71% after the biotech company's stock started trading again following a halt on Friday. Late last week, Dynavax received a favorable ruling from an advisory panel at the U.S. Food and Drug Administration regarding its Heplisav-B experimental vaccine to fight the hepatitis B virus. Some investors had been nervous about the prospects for a favorable recommendation for Heplisav, due largely to some adverse safety issues that came up in the data that the advisory panel reviewed last Friday. Yet those concerns apparently weren't important enough to outweigh the potential benefits of the vaccine, and the 12-1 vote in favor of recommending approval sends Heplisav-B to the full FDA for consideration. Investors are now optimistic that the vaccine will make the cut and give Dynavax the potential blockbuster they've been hoping to see. 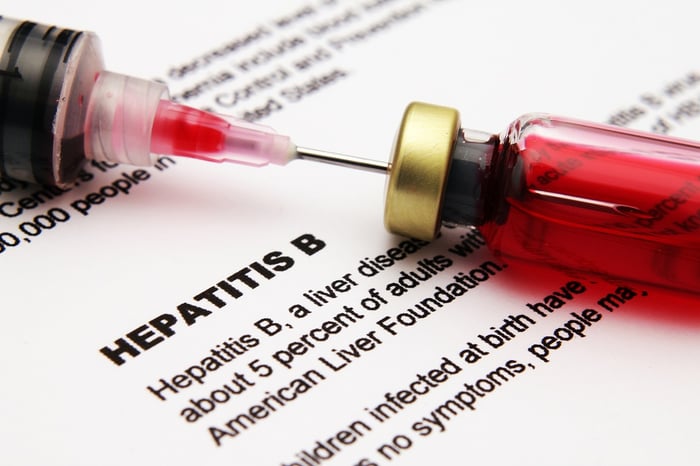 Alliance Holdings climbed 13% in the wake of the release of the company's most recent financial results. The coal producer said that revenue fell 9% from the previous year's second quarter, reducing net income by about 6% to $0.71 per limited partnership unit. However, Alliance did follow through with previous plans to give its unitholders a substantial increase in the distributions they receive, boosting its per-unit quarterly payout by nearly a third to $0.73. The move came in response to a change in the way that Alliance interacts with related-party Alliance Resource Partners (ARLP -0.40%), in which it served as general partner. Alliance has converted its interest in the partnership to a passive holder of limited partnership units, and that enabled it to make payout increases to its own investors. If coal continues to fare better, then Alliance could see further gains.

Finally, shares of Sohu.com climbed 12%. The Chinese internet specialist reported a loss in its second-quarter financial results, but it managed to push sales up by 10% compared to the previous year's second quarter. Strength in the mobile arena pushed search advertising and online game revenue higher, although poor results in Sohu's more traditional brand advertising business limited the company's overall top-line gains. Yet CEO Charles Zhang expects better results in the coming year, and the company issued third-quarter guidance that was better than most had expected to see. With the strength of China's internet and mobile industries, Sohu has a lot of potential to deliver solid results for investors in the long run.