It's no secret that microprocessor giant Intel's (NASDAQ:INTC) 10nm chip manufacturing technology is very late to the market. Intel had once aimed to bring products built using this technology to market in 2016, but it now says that the volume ramp-up of such products will happen in the first half of 2018. 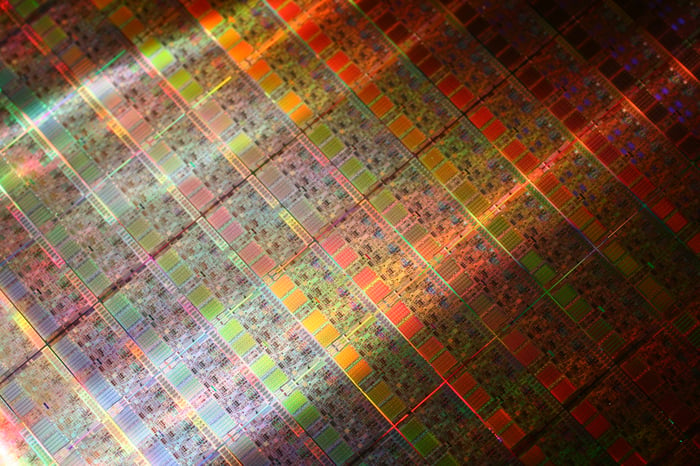 The yield rate simply refers to the percentage of manufactured chips that are salable. If a company's yield rate on a manufacturing technology is too low, then the average cost per chip goes up (since wafer costs for a given technology/product tend to be relatively fixed) and a company may simply not be able to produce enough chips to meet demand.

Getting yield rates nice and high is critical to a product ramp-up.

Intel has been silent about the yield rates and progress that it is seeing with its 10nm technology. Of course, no one would expect the company to give detailed product yield rates or defect density numbers (the average number of defects for a given area on the silicon wafer). But Intel has historically provided charts that show the yield progress of a new manufacturing technology relative to older-generation technologies. The company, however, is refusing to do even that with respect to the 10nm technology.

Let's go over what Intel has said vis-a-vis 10nm yields, and why the company is probably keeping mum on the details.

What we now know

In response to a question from an analyst, Intel CEO Brian Krzanich said that the company is now providing engineering samples of its first 10nm product, code named Cannon Lake, to customers.

The executive then went on to say that the yield rates "are continuing to improve pretty much right in line with the forecasted ramp rates."

Seemingly in defense of the company's rate of progress, Krzanich then said, "It's a new technology, so you always have some problems to get solved, but we're pretty comfortable with where we're at right now."

The problem with this "information" is that the investment public doesn't really have a frame of reference to put Krzanich's claims into context.

What are Intel's "forecasted ramp rates"? Krzanich said that the company is "set to qualify the first production products right toward the end of the year" and that those products will "start to ship in the first half of next year."

We have no information on what portion of Intel's product mix is expected to transition to the 10nm technology in the first half of 2018, let alone for the entirety of 2018. The company also seems to be hinting that it could bring out its second-generation 10nm architecture, code named Ice Lake, in the second half of 2018, but that's far from confirmed.

Moreover, even if Intel plans to transition a significant amount of its product mix over to 10nm by the second half of 2018, it has yet to provide gross margin guidance for 2018 beyond a range within the "top half of [Intel's] historical range" of 55% to 65%.

Intel's yield-learning progress could be the critical factor in determining whether its gross profit margin percentage in 2018 and 2019 is closer to 65% or closer to 60%.

When will we learn more?

I suspect that Intel is unlikely to open up much more about its progress on its 10nm technology until it formally announces the products, possibly in January of 2018. Though, to be quite blunt, I think that discussion won't happen in earnest until the company's next investor meeting, which is likely to take place in February or March of 2018.