Less than a week after index provider FTSE Russell decided to impose a 5% minimum public voting rights threshold for potential new index constituents, effectively blocking Snap (NYSE:SNAP) and its publicly traded non-voting shares from inclusion in any of its indexes, S&P Dow Jones Indices (S&P DJI) is making a similar move. S&P DJI has been evaluating the controversy regarding non-voting shares since April, conducting two consultations soliciting input from the investment community.

The index provider has now made a decision, and it will also effectively block Snap from being included in many prominent indexes, most importantly the S&P 500. 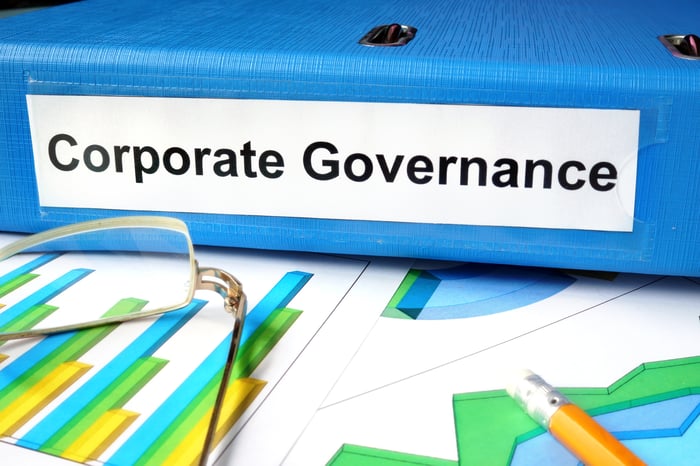 There are a few changes to S&P DJI's methodology, but the most important one is this:

Companies with multiple share class structures are no longer eligible for inclusion in the S&P Composite 1500 and its component indices. Existing S&P Composite 1500 constituents are grandfathered in and are not affected by this change. Companies with multiple share class structures will continue to be eligible for the S&P Total Market Index and other indices.

The S&P Composite 1500 component indexes are the S&P 500, S&P MidCap 400, and the S&P SmallCap 600 and collectively represent 90% of all U.S. equity market capitalization. It goes without saying that the S&P 500 is the heavyweight there as one of the most widely followed U.S. equity indexes in the world, and being ineligible for inclusion is a huge blow to Snap -- a much bigger blow than FTSE Russell's decision. FTSE Russell's most well-known indexes are the Russell 1000, Russell 2000, and Russell 3000, although each has a couple of growth-oriented and value-oriented variants.

While the change is directly related to multiple share classes, S&P DJI makes it abundantly clear that the underlying reason is corporate governance. "Companies with multiple share class structures tend to have corporate governance structures that treat different shareholder classes unequally with respect to voting rights and other governance issues," according to S&P DJI. Most of the time, different share classes have the same economic rights to a company's assets, and the primary distinction almost always boils down to voting rights. For example, here's a snippet from Snap's prospectus (emphasis added):

None of those S&P 500 index funds will be buying Snap anytime soon, at a time when shares need all the support they can get.

The grandfathering provision is important, because large-cap companies like Alphabet (NASDAQ:GOOG) (NASDAQ:GOOGL) and even Berkshire Hathaway (NYSE:BRK.A) (NYSE:BRK.B) will not be affected.

Berkshire Hathaway's dual-class structure is primarily about different share prices, since the roughly $260,000 price tag for Class A shares is just a tad bit out of reach for most investors. Both of Berkshire's classes carry voting rights: Class B shares get 1/10,000 of the voting rights of Class A shares.

Alphabet's class structure, on the other hand, is very much designed to limit the voting power of investors. The stock split in 2014 that created non-voting Class C shares was done to further consolidate and maintain voting power among Alphabet's triumvirate: Larry Page, Sergey Brin, and Eric Schmidt. 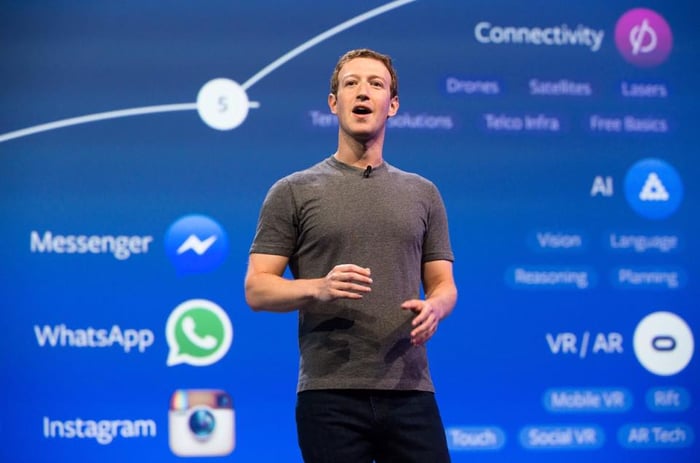 Facebook (NASDAQ:FB) investors approved a similar stock split at its annual meeting last year, and by "Facebook investors," I mean "Mark Zuckerberg." His Zuckness single-handedly controls majority voting power, and seeing as how the proposal was also intended to maintain his iron grip on the company, it's no surprise that it passed. Facebook is also fortunate that it will not be affected by S&P DJI's change, which includes this caveat: "For S&P Composite 1500 companies that issue another publicly traded share class to index share class holders, the newly issued share class line will be considered for inclusion if the event is mandatory and the market capitalization of the distributed class is not considered to be de minimis."

Facebook has nothing to worry about since it is already included, the 3-for-1 stock split will be mandatory (it still hasn't occurred yet due to shareholder litigation), and the new share class with have a meaningful market value.

More where that came from?

The prospects of index inclusion for Snap are becoming increasingly remote. Index provider MSCI is still considering what to do, and hopefully it follows in the footsteps of its peers. Companies that undermine shareholder rights deserve some backlash.

The market is sending a clear message that corporate governance is still important, and unlike Snapchat, that message is not ephemeral.