Please ensure Javascript is enabled for purposes of website accessibility
Log In Help Join The Motley Fool
Free Article Join Over 1 Million Premium Members And Get More In-Depth Stock Guidance and Research
By Rick Munarriz – Aug 2, 2017 at 10:19AM

The satellite radio broadcaster is bucking the negative new car sales trend, churn is in check, and it's on scholarship for a streaming education with Pandora.

Sirius XM Holdings (SIRI 0.47%) hit its highest levels in more than a decade last week after posting strong quarterly results. The country's lone provider of satellite radio is proving to be a winning investment with surprisingly steady growth and consistent profitability.

The media giant hosted its quarterly earnings call, shortly after posting its blowout results. Sirius XM has a few interesting nuggets to offer aside from the headline numbers. Let's dive in to some of the things that Sirius XM wants investors to know. 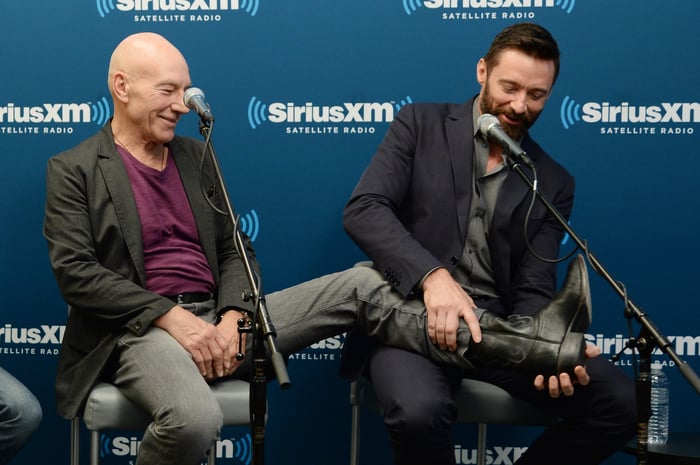 1. Sirius XM is growing despite a lull in car sales

There's no denying that satellite radio is at the mercy of the automotive industry. The lion's share of Sirius XM subscribers tune in to their premium radio content through factory-installed receivers. With auto sales in a funk -- U.S. car sales are down 2% through first half of the year -- one may think that the spigot is tightening for Sirius XM's flow of listeners, but thankfully that hasn't been the case.

Despite the slowdown we still saw Sirius XM grow its self-pay gross additions by 4% during the second quarter. Sirius XM's getting there as a result of getting its receivers into more cars. A record 76% of new cars are rolling into showrooms with Sirius or XM receivers.

2. Satellite radio is as sticky as ever

Sirius XM's monthly churn rate clocked in at 1.7% during the quarter, near the low end of its historical range. We're also seeing new car buyers converting to paying subscribers after their free trials at a steady 40% clip, with continuing improvement in conversions of used car owners.

Worrywarts have argued that smartphone apps and connected cars will eat into Sirius XM's popularity, but that's just not happening. Sirius XM closed out June with a record 32 million subscribers.

3. Sirius XM will be getting paid to learn through Pandora

Pandora (P) naturally came up a few times during the call, as this is the first earnings call since Sirius XM agreed to take an effective 16% stake in the music streaming pioneer. Sirius XM played down any acquisition potential. It will merely score this as a long-term investment where it gets to collect a 6% preferred share dividend as it learns more about Pandora's model.

Anything that it learns from Pandora that it can apply to its own app -- or make its platform more compelling -- will be gravy at this point. Sirius XM still needs regulatory clearance to make its $480 million investment, but it seems like a win-win even as a minority investment.