It's incredible how consistent Magellan Midstream Partners' (NYSE:MMP) earnings are from quarter to quarter. It happened this past quarter again, as the company posted modest growth thanks to new projects coming online and a small uptick in commodity prices -- not that commodity prices matter that much to Magellan, anyways. Here's an overview of Magellan's most recent quarter, and what the company did to deliver consistent cash flow growth again. 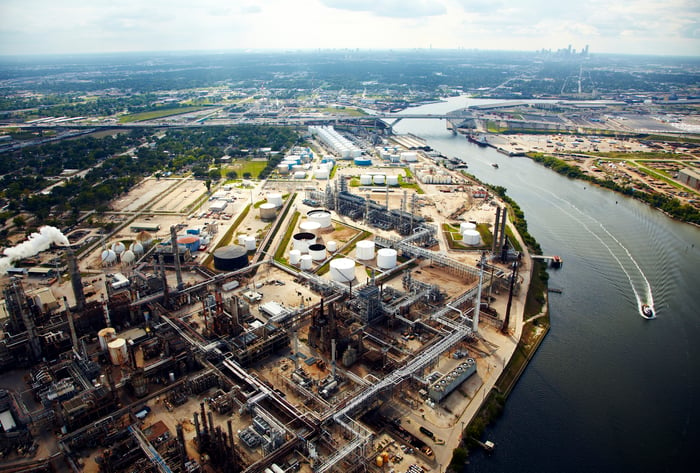 What is there to say about these results? Revenue and cash flows increased compared to the prior year, thanks to new projects coming on stream and modest price increases across the company's existing pipelines and storage terminals. These results were higher than what management had anticipated when reporting earnings last quarter, as demand for distillate -- a byproduct of natural gas liquids -- from its new condensate splitter was higher than expected. 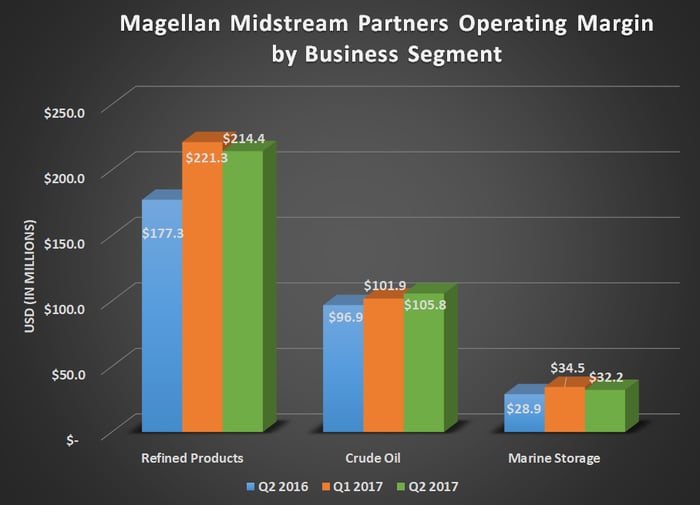 What happened with Magellan Midstream Partners this past quarter?

CEO Michael Mears commented on the company's steady-as-she-goes results and suggested that the company is leaning toward pipeline expansions and new projects:

Magellan continues to generate strong financial results, with higher contributions generated from each of our operating segments again this quarter. During the second quarter of 2017, we commenced commercial operations for our recently constructed condensate splitter and benefited from record refined products pipeline volumes. Demand for Magellan's fee-based pipeline and terminal services remains solid, and based on active discussions with potential customers, we remain optimistic about the future development of additional growth opportunities to further benefit our company.

It's hard to find fault with anything in Magellan's most recent earnings release. Its existing assets appear to be in high demand, as management considers expanding pipelines and building more export terminals to meet the needs of America's shale boom. Magellan should have enough irons in the fire to keep its quarterly distribution growth streak alive for some time.