It's always difficult for struggling companies to implement successful turnaround plans. Organizational-products retail specialist Container Store Group (NYSE:TCS) has worked hard to try to get itself moving in the right direction, even though progress has come in fits and starts and with numerous setbacks along the way. More recently, Container Store has worked at trying to focus on controlling costs, and those efforts have gone over well with investors.

Coming into Wednesday's fiscal first-quarter financial report, Container Store investors were prepared for wider losses, but they wanted to see gains in revenue that pointed toward further milestones along the path to a full recovery. Container Store's results didn't entirely live up to those expectations, but they also still allowed investors to remain hopeful about the future of the company. Let's take a closer look at Container Store Group and what its results have to say about its potential rebound. 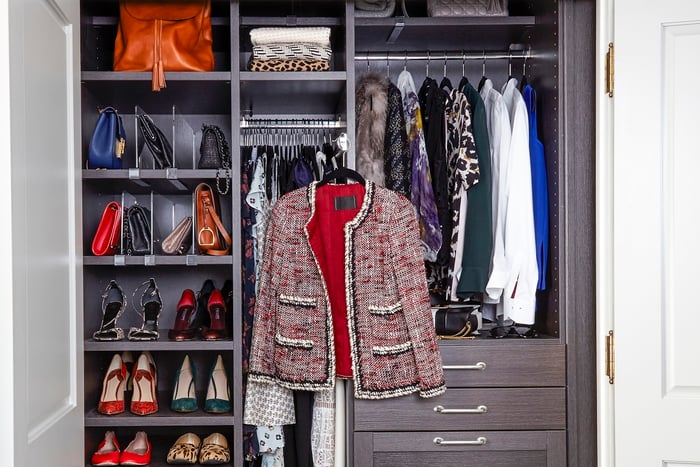 Container Store's fiscal first-quarter results were mixed. Revenue climbed 3% to $183.1 million, which was a bit stronger than most of those following the stock were expecting to see. Net losses tripled from year-ago levels to $7.68 million, and the resulting loss of $0.16 per share was even worse than the $0.12 per share in red ink that represented the consensus forecast among investors.

Taking a closer look at Container Store's numbers, the news was mixed throughout the company. Net sales in the primary Container Store retail business were up nearly 4%. However, the Elfa unit suffered a slight sales drop, with foreign currency impacts wiping out what would have been a 6% rise in local-currency terms. Comparable store sales overall were down 1.2%, with part of the decline coming because of the changing timing of the Easter holiday in 2017 compared to 2016. Margin figures continued to be weak, with gross margin falling nearly two and a half percentage points to 56.6% and higher overhead expenses as a percentage of net sales.

Regardless, CEO Melissa Reiff kept the mood positive. "Our Custom Closets business continues to positive contribute to our sales and profitability," Reiff said, "and we've seen sustained sales trend improvement in our other product categories." The CEO also noted that comps improved over the course of the quarter, moving into positive territory by June and continuing into July.

What's ahead for Container Store's future?

Container Store sees further progress to be made. As Reiff explained, "We inted to remain focused on executing our previously announced optimization plan to drive improvement in sales and profitability." The company will also keep working to boost customer experience and make store formats and design more attractive and accessible to shoppers, whom it intends to woo and work hard to retain.

Even with the slightly larger losses than expected, Container Store still thinks it can hit its previous guidance for the full 2017 fiscal year. Those expectations include net sales in a range of $830 million to $850 million and net income of $0.25 to $0.35 per share. Comparable store sales will likely decrease by low single-digit percentages, and it assumes the four new-store openings that Container Store predicted. To reach that guidance, the organizational retailer will need to have a successful holiday season, but the company expects that its efforts throughout the calendar year should be able to pay off by then.

Container Store investors weren't all that pleased with the news, and the stock fell 3% in after-hours trading following the announcement. Nevertheless, long-term investors need to stay focused on the sustainability of Container Store's turnaround efforts. If they can keep bearing fruit, then short-term pain could easily turn into long-term gain for shareholders once the company's business fundamentals start moving in the right direction.