Water, hygiene, and energy technology and services leader Ecolab (NYSE:ECL) announced second-quarter 2017 earnings that didn't disappoint. Then again, judging by the immediate reaction of Mr. Market, they didn't necessarily impress, either. Shares were down 3.5% soon after market open.

While there wasn't anything that stood out during the most recent quarter, Ecolab quietly delivered against its stated goals -- and even the expectations of analysts. Revenue, operating income, and earnings per share (EPS) all achieved growth compared to the year-ago period.

The company is still on track to hit its full-year financial guidance. And its beleaguered global energy business segment even grew sales for the first time in what may feel like forever for shareholders.

Here's what you need to know about Ecolab's second-quarter 2017 performance. 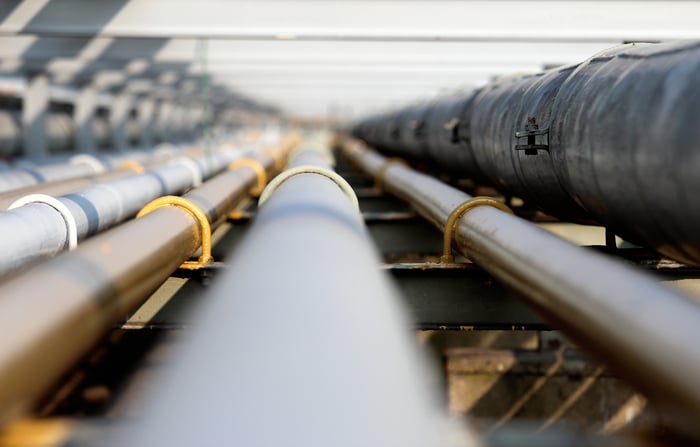 The numbers in the tables below are GAAP metrics, meaning they're unadjusted and account for real-world fluctuation in global currencies. However, management also reports performance on a non-GAAP basis, meaning the numbers are adjusted and reported as if currency rates between periods was fixed. The latter is useful for comparison purposes, especially for a global company, but at the end of the day, investors only need to be concerned with GAAP metrics.

Why is that important? Ecolab performed slightly worse on a GAAP basis than on a non-GAAP basis, but the difference wasn't significant. With that in mind, I've included the highlights below and stacked them up side by side with the year-ago period. Investors can review the press release for complete financial details.

Here's how the company performed within each of its three business segments.

Note: All numbers are reported in public-currency rates and are not adjusted. Source. Ecolab.

Each segment reported solid new business and pricing momentum. That wasn't fully exploited during the quarter due to higher delivered-product costs and currency-hedging attempts that missed the mark, but management is expecting a strong second-half performance. Here are some highlights from each business segment:

Zooming out, here's how Ecolab performed as a whole.

Note: All numbers are reported in public currency rates and are not adjusted. Source: Ecolab.

The company quietly delivered in the first half of 2017, which gave management confidence in its full-year 2017 guidance. That includes adjusted EPS in the range of $4.70 to $4.90 per share, or growth of 8% to 12% compared to last year. Where does the company stand relative to that goal?

Ecolab reported adjusted EPS of $1.87 in the first half of the year, which means it needs to report adjusted EPS of $2.83 in the second half to hit the low end of guidance. That may seem like a tall task, but the company usually reports more profitable third and fourth quarters. Besides, the company has a long history of delivering for shareholders.