Illumina Inc. (NASDAQ:ILMN) started out 2017 on a positive note by beating its first-quarter revenue guidance and coming in at the upper end of its earnings guidance. However, there were a few negatives in those results, including lower gross profit.

The gene-sequencing company announced its second-quarter results after the market closed on Tuesday. There were even more positives this time around. Here are the highlights from Illumina's quarterly update. 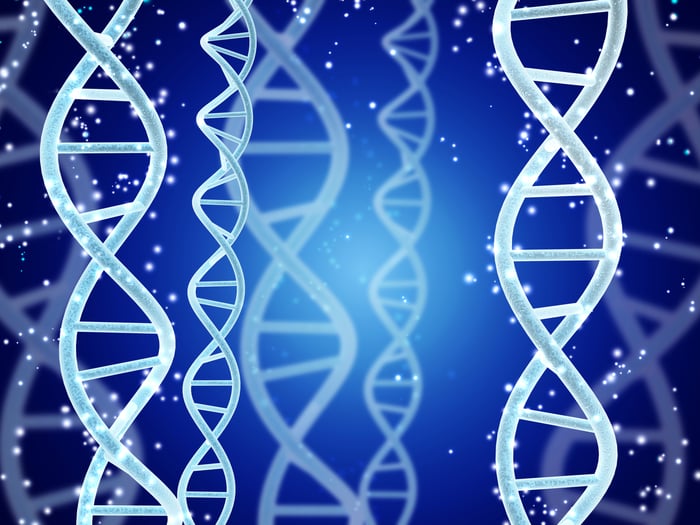 Illumina reported service and other revenue in the second quarter of $119 million, up 32.2% from the prior-year period. The company announced product revenue of $543 million, a 6.5% year-over-year increase. As a result of strength in both of these areas, Illumina handily beat its previous second-quarter revenue guidance that projected 7% growth.

Last year, Illumina routinely missed its forecasts. The company initiated a project to improve its forecasting ability. With the second-quarter results turning out to be so much better than previous guidance, I'm not so sure that Illumina's forecasts are better -- but the company's management appears to be exercising considerably more caution with its projections.

There were still a few weak spots in Illumina's second-quarter numbers, however. Adjusted earnings per share fell from the prior-year period, primarily due to the negative impact in the second quarter from excess tax benefit from share-based compensation.

The company's operating cash flow dropped significantly, from $242 million in the prior-year period to $178 million in the second quarter of this year. Free cash flow also fell from $174 million to $109 million. It's not quite as bad as it looks at first glance, though. Year-over-year comparisons are skewed because earlier this year, Illumina reclassified $25 million in the second quarter of 2016 from cash used in financing activities to cash provided by operating activities.

We are pleased with our strong Q2 results. Interest in the NovaSeq platform exceeded our expectations during the quarter. As a result, we have updated our 2017 revenue growth projections to reflect the market demand for NovaSeq and our positive outlook for the rest of the business.

As Francis deSouza's comments indicated, Illumina has higher expectations for the full year as a result of its solid second-quarter performance. The company previously projected full-year 2017 revenue growth between 10% and 12%. It now anticipates full-year revenue growth of 12%.

It appears that the short-term pain expected as customers transition from Illumina's HiSeq systems to the new NovaSeq system won't be as bad as it could have been. Illumina might not be totally out of the woods yet, though, as customers could hold off on purchases of consumables as they make the shift to NovaSeq.

Still, these are only temporary factors. The second-quarter results underscore that Illumina is on the right track with its launch of NovaSeq.