Paycom Software (NYSE:PAYC), a provider of cloud-based payroll and human resources software, reported its second-quarter results after the market closed on Tuesday. The company once again produced impressive growth numbers and even managed to beat its own guidance. However, the stock was down about 5% around noon on Wednesday.

Let's go over the company's results to get a better sense of what happened during the period. 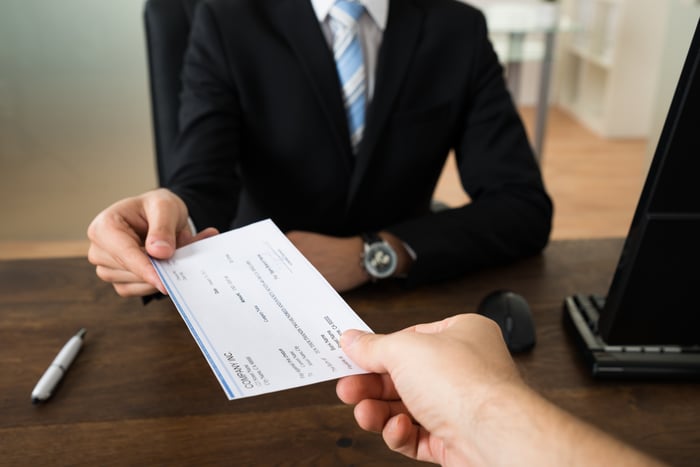 Founder and CEO Chad Richison said that he was "proud" that the company produced such strong results "in the face of challenging prior year comps."

He later commented that trends in the HR marketplace are acting as tailwinds to the company's growth:

HR leaders and executive management within every industry across the country are becoming increasingly aware of how to utilize technology-driven human capital management or HCM solutions to solve problems and gain efficiencies in their business. At the same time, workers are becoming more reliant upon technology and increasingly expect their employers to keep pace by offering powerful yet easy to use software for their HR needs. Executives are continuing to turn to advanced HCM functionality to gain a competitive advantage and also attract and retain talent. This trend is demonstrated by our growth.

Richinson also reaffirmed that Paycom is still in the early innings of its growth cycle:

With our market share still in the low single digits, we believe there remains a significant opportunity to win substantial new business, and we're hyper-focused on achieving this goal.

On the company's conference call with investors, Richinson said that he believes Paycom remains well positioned to succeed over the long term:

We believe that we're still in the early stages of a multiyear secular trend of companies turning to HR technology to help them succeed and that Paycom is in a favorable position to benefit from this shift and achieve sustainable growth for many years to come.

Management raised full-year guidance and now expects revenue in 2017 to land between $429.5 million and $431.5 million. This represents a $3.5 million increase to both ends of the range. Adjusted EBITDA guidance was also raised by an even more dramatic $5.5 million, with the new range of $122.5 million to $124.5 million.

Given that Paycom reported better-than-expected results and raised its full-year guidance, it isn't entirely clear why shares are selling off in response to this report on Wednesday. Nonetheless, Paycom's results clearly show that the company is having success at executing against its ambitious growth plans.