Shares of natural gas transportation-fuels leader Clean Energy Fuels (NASDAQ:CLNE) fell nearly 11% today after the company reported second-quarter 2017 earnings. The good news is that the volume of fuel sold during the period increased from the year-ago quarter. The bad news is, well, just about everything else.

Revenue from renewable fuel sales, federal tax credits, station construction, and compression systems fell compared to the year-ago period. That led to a year-over-year drop in total revenue of 25%. Although total revenue for the first half of 2017 is still above that from the first half of 2016, investors are worried that the recent asset sale of Redeem production facilities to BP will result in this being more of the norm going forward. 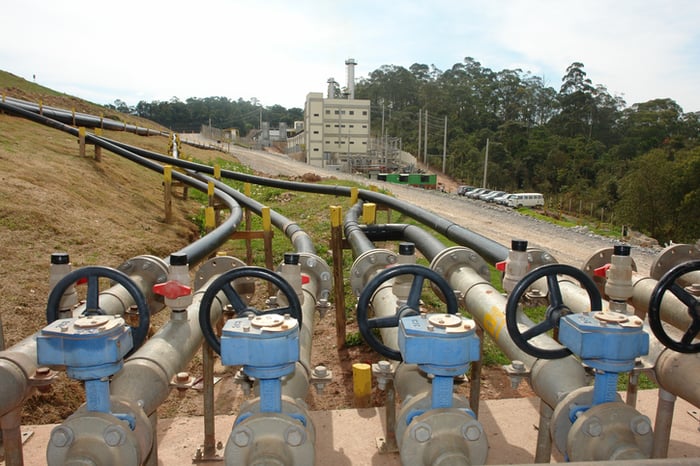 Here are selected financial highlights for the second quarter of 2017 and the year-ago period:

Compressor sales and station construction were down due to lack of demand. Meanwhile, the expiration of the VETC on the last day of 2016 means the company's renewable fuel sales are no longer supported by federal tax credits. It could be retroactively reinstated at a later date, and Clean Energy Fuels still realizes benefits from other federal and state tax credits, but the company will realize less revenue from all tax credits regardless moving forward. Why?

The sale of its Redeem production facilities to BP has permanently decreased the amount of money it makes from the sale of its renewable fuels. That is the new normal -- and something investors (including myself) may have overlooked previously.

Clean Energy Fuels has a new strategy that focuses on building the core parts of its business while maintaining lower operating expenses. However, a 25% drop in total revenue more than offset the 13% reduction in operating expenses between the second quarter of 2017 and the same period last year. Many of the driving factors behind weakness in the most recent quarter are out of the company's control, but it appears that the stock's turnaround may be more difficult than Mr. Market may have realized.

Here's Why Clean Energy Fuels Dropped as Much as 10.6% Today @themotleyfool #stocks $CLNE Next Article
Current