Shares of Fluor Corporation (NYSE:FLR) fell more than 10% by 10:45 a.m. EDT on Friday after the company reported its second-quarter results.

Fluor reported $4.72 billion of revenue, which was down from $4.9 billion last year and missed the consensus estimate that the company would generate $4.89 billion in revenue during the quarter. Meanwhile, the company reported a net loss of $24 million, or $0.17 per share, which was a reversal from last year's profit of $102 million, or $0.72 per share. The culprit was a $124 million, or $0.89 per share, charge that the company took during the quarter for estimated cost increases on three gas-fired power projects. After adjusting for those charges, the company would have earned $0.72 per share, which not only matched last year's total but was ahead of the $0.60 per share that analysts expected. 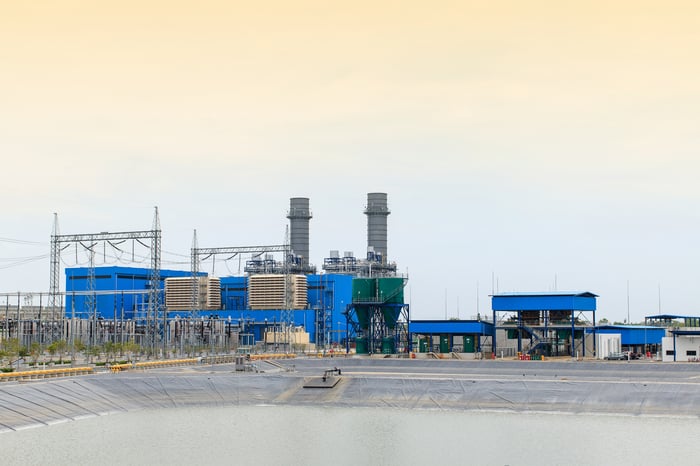 That poor showing led the company to reduce its full-year outlook. It now sees earnings in the range of $1.40 to $1.70 per share, which is below its $2.25 to $2.75 per share guidance range and the $2.42 per share analyst consensus. Driving the reduction was the cost increase on those gas-fired power projects and the recently canceled Summer nuclear project in South Carolina that it was going to build for SCANA (NYSE:SCG) and Santee Cooper. According to analysts, SCANA's decision to pull the plug on the project will reduce Flour's earnings by $0.15 per share and its backlog by $3 billion.

Fluor's lackluster earnings and weak guidance didn't sit well with analysts that cover the company, leading both DA Davidson and Deutsche Bank to downgrade the stock on Friday. In Deutsche Bank's case, it cut the stock from hold to buy and lowered the price target from $55 to $40 due to concerns that arose from the company's second-quarter results. Meanwhile, DA Davidson cut the stock from buy to neutral and trimmed its price target from $55 to $48.

Fluor's long-term growth outlook has dimmed quite a bit over the past quarter. Not only did SCANA pull out of a large project, but the company is having issues building natural gas power plants. While it's working to address that latter issue with leadership and other organizational changes, it's also currently reassessing the power market to determine if "the gas-fired power business offers adequate return opportunities consistent with our expectations and long-term experience" according to comments by CEO David Seaton. The outcome of that reassessment could shift the long-term growth potential of the company, which only increases the near-term uncertainty and is why holding or holding off on buying appear to be the prudent move rather than jumping on board after Friday's decline.