Shares of Viacom (NASDAQ: VIA) (NASDAQ:VIAB) are plunging today following the release of the media conglomerate's third-quarter report. The non-voting Class B stock dropped as far as 13.7% before bouncing back to an 11% loss as of 1:30 p.m. EDT. Voting stock under the VIA ticker fell 11.7% at worst and recovered to a 9.5% drop later.

Viacom's third-quarter report showed 11% year-over-year earnings growth on 8% higher revenue, topping analyst projections on both of these key metrics. But the strong results were largely based on the third-quarter release of another blockbuster movie in the Transformers series, which drove sales 36% higher in the filmed entertainment segment.

Meanwhile, revenue ticked just 2% higher in the much larger media networks division. Advertising sales fell 2% in the domestic market, leaving all the TV-related growth in the hands of international operations. 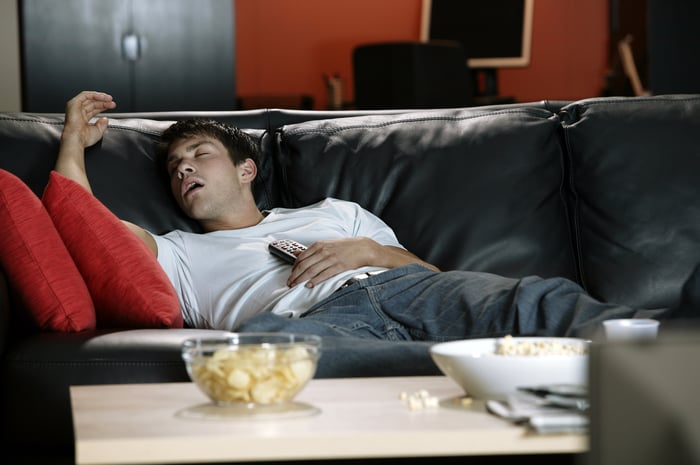 These are difficult times for all the big media names, including Viacom. The company is taking steps to adjust to the changing market environment, but it's slow work.

In a prepared statement, CEO Bob Bakish said that his company is "continuing to execute on a strategic plan to reinvigorate our brands, break down silos, deepen our relationships with business partners and reposition [movie studio] Paramount for the future."

For the TV business, Bakish highlighted "strong momentum" in viewer ratings figures for core Viacom networks like MTV, but didn't offer many ideas for accelerating the TV-based segment's financial performance.

"There remains much work to be done, but we will continue to build on this progress for our shareholders, partners and fans," Bakish stated.