Shares of CBS (NASDAQ:VIAC) gained last month as the broadcaster reported better-than-expected profits in its third-quarter earnings report and investors anticipated the now-completed merger with Viacom (NASDAQ: VIA) (NASDAQ:VIAB). According to data from S&P Global Market Intelligence, the stock finished November up 12%.

As the chart below shows, the stock gained throughout the month except for a temporary setback after its earnings report came out. 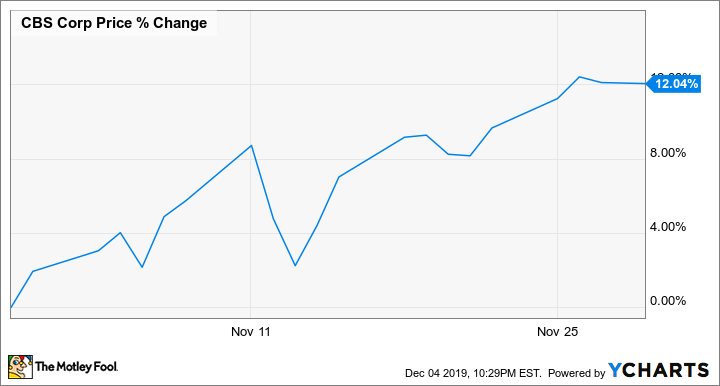 Coming into November, CBS's merger with Viacom was on track to close in early December, and over the course of the month it made a number of updates on the deal. Those included its executive leadership team, that ViacomCBS (the new name of the combined companies) would be listed on the Nasdaq exchange, and that the expected closing date was Dec. 4. 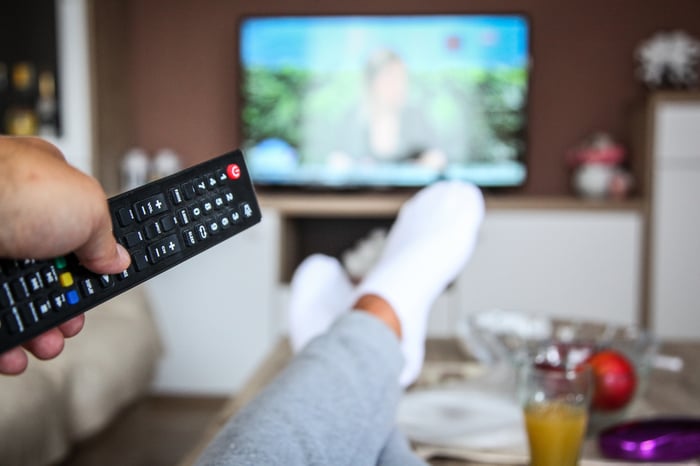 During a time of rapid transition and consolidation in media -- with Disney acquiring the entertainment assets of Fox, AT&T acquiring Time Warner, and Discovery taking over Scripps Networks -- investors seem to think both CBS and Viacom could use a dance partner. As ViacomCBS, the two companies will have more content to offer streaming subscribers and can eliminate overhead costs.

In its final earnings report as a stand-alone company, CBS said revenue ticked up 1% to $3.3 billion, missing estimates at $3.36 billion, as a dispute with AT&T weighed on ad sales. But the company also said direct-to-consumer revenue from its streaming services grew 39%. Adjusted earnings per share fell 23% to $0.95 as the company invested in its streaming services, but that still beat estimates at $0.92.

In its final trading day before the merger with Viacom, CBS gained 3.6%, a further sign of optimism for the deal. The stock fell initially when the deal was announced in August, but investor sentiment may have changed since then, especially after the smashing launch of Disney+ last month showed how fast the industry is moving to streaming. Expect ViacomCBS to move quickly in strengthening its streaming services and cutting costs now that the merger is complete.