Shares of Altria Group (NYSE:MO) were getting smoked last month after the tobacco giant turned in an underwhelming earnings report and reacted to surprising news from the Food and Drug Administration. According to the data from S&P Global Market Intelligence, the stock finished down 12.8%.

As the chart below shows, those losses came almost entirely at the end of the month after the company reported earnings. 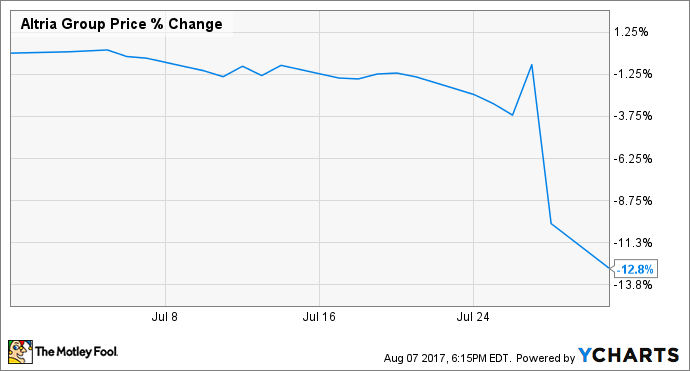 The Marlboro maker said revenue net of excise taxes increased 3.8% to $5.07 billion, which edged out estimates at $4.99 billion. On the bottom line, however, adjusted earnings per share increased 5% to $0.85, missing expectations by a penny. The company also expanded its share buyback program from $3 billion to $4 billion, which will be completed within a year. 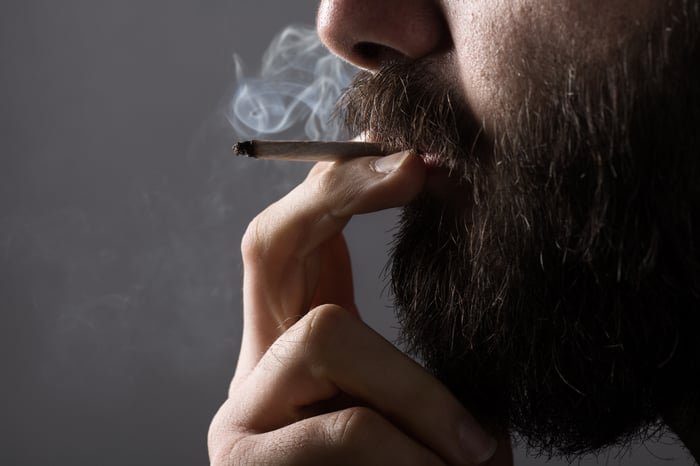 However, the real news pushing down the stock was the FDA's announcement of a plan to lower nicotine levels in cigarettes to make them non-addictive in order to prevent diseases caused by smoking. The news, which came out on the same day as the earnings report, sent the stock down as much as 17% and weighed on tobacco stocks across the board.

Reactions to the FDA plan have been mixed with some claiming that tobacco stocks are safe as any regulation wouldn't come into play for at least a few years, while others now question the reliability of tobacco stocks, which have been among the most reliable dividend payers. Such regulation would likely hasten the decline in smoking rates, but Altria and other cigarette makers have found ways overcome those challenges by raising prices, buying back shares, and investing in e-cigarettes and other growth markets.

Altria is guiding full-year EPS growth at 7.5%-9.5% this year, and has raised its dividend for 48 years in a row. For now, the stock looks safe.