Please ensure Javascript is enabled for purposes of website accessibility
Log In Help Join The Motley Fool
Free Article Join Over 1 Million Premium Members And Get More In-Depth Stock Guidance and Research
By Rick Munarriz - Updated Aug 9, 2017 at 9:53AM

The media giant reports flat fiscal third-quarter results. It's also unveiling a consumer-direct streaming platform that could be a thorn in Netflix's side.

Walt Disney (DIS -0.90%) is making waves. The media giant spiced up its latest financial report by announcing that it will roll out its own direct-to-consumer streaming video service by early next year, a move that dealt an initial hit to Netflix (NFLX -1.52%) as a popular hub of Disney content.

The fiscal third-quarter results were newsworthy, too, even as the top- and bottom-line results came in flattish. Revenue of $14.238 billion was just 0.3% lower than a year earlier, and adjusted earnings of $1.58 a share were 2% less than a year earlier. 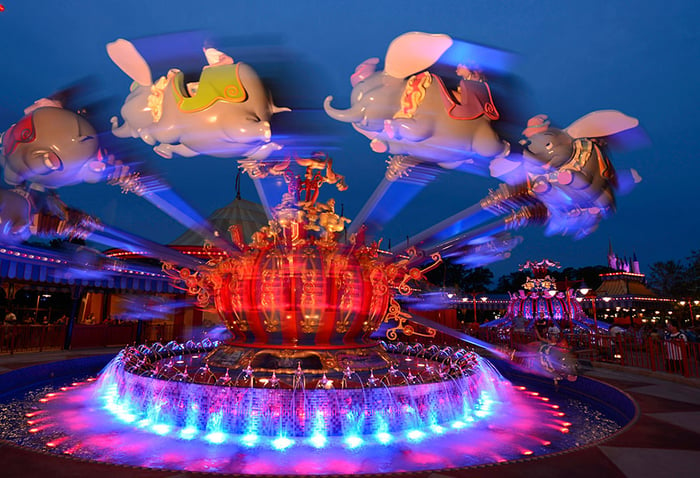 "Reasonable growth at its theme parks and another period of holding steady with its media networks should be enough to offset the rough comparisons for its studio," I wrote over the weekend in previewing Tuesday afternoon's prospects. That's pretty much what happened, except that double-digit growth at Disney's theme-parks division wasn't enough to offset all of the weakness everywhere else.

Media networks, Disney's largest segment, experienced a 1% dip in revenue as a 4% uptick in its broadcasting business wasn't enough to level out a 3% slide in its larger media-networks arm. There's still weakness at ESPN, yet affiliate revenue there is still growing: Subscribers keep cutting the cord, but those who stick around are paying more. ESPN's rough spots were a dip in advertising, given its lower viewership rates, and the ever-increasing programming costs. Overall, both broadcasting and media networks posted double-digit percentage declines in operating profit. It's not easy being a media giant these days.

Everyone knew that Disney's studio segment, its third largest business, was going to be a pressure point. It had an active slate of theatrical and home video hits last time around. This time, the division's revenue and operating profit plunged 16% and 17%, respectively.

Theme parks once again saved the day, with a 12% spike in revenue and an 18% surge in operating income. The timing of the Easter and spring break holidays helped, but Disney's international parks boosted results. Disney was able to achieve attendance growth at its domestic parks despite fewer occupied room nights at its resort hotels.

Disney's push for an online service that will find it pulling most -- but not all -- of its content from Netflix will be the headline fodder emerging from Tuesday's report, but don't forget the actual financials. Disney may seem to be marching in place, but it's never really standing still.