RBC Bearings (NASDAQ:ROLL) has made it its business to produce the largely unseen precision bearings and components that go into a variety of different products from its customers in the industrial, defense, and aerospace industries. Over the past several years, strength in RBC's core customer base has led to solid growth, but more recently, the company has faced new challenges that have led to greater uncertainty about how long the good times will last for the component maker.

Coming into Tuesday's fiscal first-quarter financial report, RBC Bearings shareholders would have been content with relatively steady growth in revenue and net income. Instead, they got much better performance than they had hoped, and RBC seems to be quite optimistic about how its new fiscal year has started. Let's look more closely at RBC Bearings and what its latest results can tell us about its future. 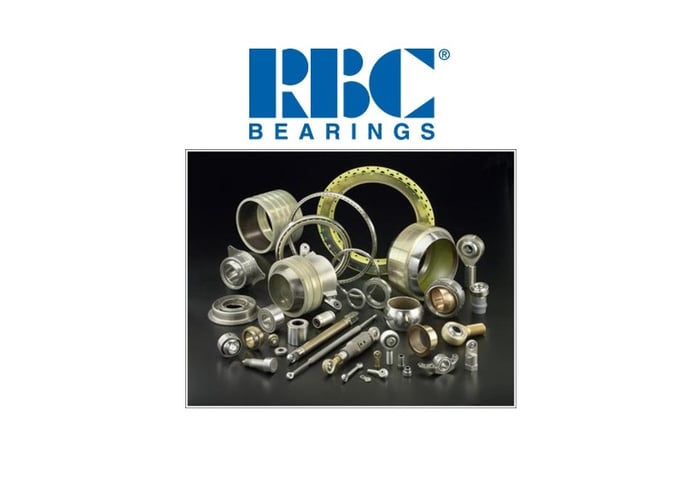 RBC Bearings is on a roll

RBC Bearings' fiscal first-quarter results were encouraging to those who had feared that growth had stalled out for the bearings specialist. Revenue rose 6% to $163.9 million, which was better than the roughly 4% growth rate that most investors were expecting to see. Adjusted net income climbed by more than a fifth to $22 million, and that produced adjusted earnings of $0.91 per share, far exceeding the $0.82 per share consensus forecast among those following the stock.

Looking more closely at the report, RBC Bearings saw a big pick-up in its key industrial business. Segment revenue there rose 12%, with the company citing better conditions among its marine, energy, mining, semiconductor, and general industrial customers. By contrast, the aerospace segment saw slower gains of just 3%, with RBC pointing to commercial aircraft and defense activity for the modest gains.

Performance across RBC's segments was fairly well balanced. The smaller ball bearings and roller bearings divisions were the fastest growers from a sales perspective, posting top-line growth rates of 15% and 13% respectively. Yet the larger parts of RBC's business also contributed to better revenue. Plain bearings sales were up 3% and made up almost half of the company's overall revenue, while engineered products also saw gains of just over 3%.

RBC kept making progress on improving internal efficiency. Gross margin rose by half a percentage point to 37.8%, while operating margin inched higher slightly to 19.4%. Operating expenses did rise at a 7% clip, outpacing sales gains, but lower income tax liability and interest expense helped to prevent damage on the bottom line.

CEO Michael Hartnett was succinct in his comments. "We are pleased with the solid operating performance to start off our fiscal year," Hartnett said, and "the company saw increased revenue from both the industrial and aerospace sectors." The CEO also noted that because of growing earnings and a hefty backlog of more than $380 million, RBC is optimistic about the remainder of the fiscal year.

Still, one question some investors have about RBC Bearings is whether its stock price has gotten ahead of itself. Investors don't have extremely high expectations for earnings from the bearings specialist, with bottom-line growth projections in the low- to mid-teens on a percentage basis. Yet the stock trades at almost 27 times expected earnings for fiscal 2019. Given just how favorable conditions have been in the aerospace market, RBC investors have to expect a similar boost in general industrial strength in order to justify valuations at current levels.

Nevertheless, RBC Bearings shareholders were pleased with the latest report, and the stock climbed 4% in the first hour of trading following the announcement. If the company's fundamentals can keep up with its explosive share price gains, then RBC could make its investors extremely happy over the long run.