World Wresting Entertainment (NYSE:WWE) has done a good job bringing its business into the streaming age.

The company successfully migrated its erratic pay-per-view (PPV) business to its own proprietary streaming network. That was a risky move, as the company sacrificed selling special events each month for $40-$70 (or more in HD) for a network which charges $9.99 a month for those events and much more.

In making that move, however, WWE has gotten ahead of the curve -- the PPV industry has been slowly collapsing, along with traditional cable. WWE Network protects the company from that, but it does not appear it will have enough subscribers to cover for the company's potentially seeing a drop in rights fees for its TV deal in the United States. 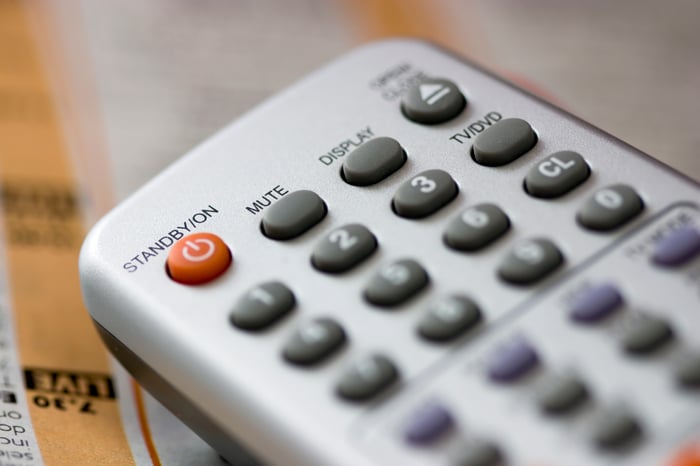 In its most-recent quarter, WWE reported record revenue of $214.6 million, giving it a little over $5 million in profits, not quite enough to cover its quarterly dividend of $9,174,500.  In Q2 WWE Network averaged more than 1.63 million average paid subscribers, an 8% increase from the second quarter of 2016.

It was a generally good quarter for the company, but it has become very clear that WWE Network will grow slowly and initial predictions of 3-4 million subscribers may never come true. That would be fine if the rest of the company's business continued to grow, but it may have trouble when its U.S. cable deal with Comcast (NASDAQ:CMCSA) expires after the 2019 television season.

The problem for WWE is that wrestling has never done well with advertisers. Even though RAW and Smackdown Live generate strong, albeit falling, ratings for Comcast's USA division, the ad rates the cable company can get make the current deal a challenging one to make money on.

In a cable universe that's under attack from cord cutting, that will become even harder for USA. On top of that, WWE has to deal with a market where all but the top sports properties may see smaller rights deals. That's not a guarantee -- rights deals do not always follow financial logic -- but with ESPN struggling and looking to cut costs, there could be a ripple effect that hurts most sports (and sports-like entertainment).

Television rights fees remain WWE's biggest revenue segment, bringing in $66.3 million in the latest quarter with about half of that coming from the U.S. Comcast deal. Markets differ around the world, but it's reasonable to think that if the company has trouble making a new deal in the U.S. in 2019, it will struggle elsewhere.

The problem for WWE, and the reason it makes sense to sell, is that it's possible the company takes a major haircut on its next rights deal. When it reached the current agreement with Comcast the company had no serious interest from other networks despite having two top-rated shows to sell.

If Comcast decides wrestling is no longer worth the money or that it can spend $30 million-plus a year in better ways, then WWE could find itself in a very difficult position. Of course, it only takes two buyers to create a bidding war, but with so many cable networks openly against carrying wrestling programming, that seems the less likely scenario.

What happens without Comcast?

If WWE has no decent offer in the U.S. it will likely sell a highlight show to a lesser outlet for limited money and bring Raw and SnackDown Live to its own network. That would cause a spike in subscribers, but it would make it very hard to create new fans.

That WWE could survive losing its biggest deal is a testament to how well management has done building the network, but surviving and thriving are different things. The company disappointed on its last TV deal in the U.S., and market conditions suggest its next one could be much worse.