Investors view quarterly updates from clinical-stage biotechs in a much different way from how they view those of other companies. When Celldex Therapeutics (NASDAQ:CLDX) reported its first-quarter results earlier this year, the focus wasn't on its revenue but instead on the company's cash position and clinical update.

Celldex announced its second-quarter results after the market closed on Tuesday, and the biotech's financial performance still wasn't the main attraction. Celldex's bigger news related to what's going on with its pipeline. Here are the highlights from the company's update. 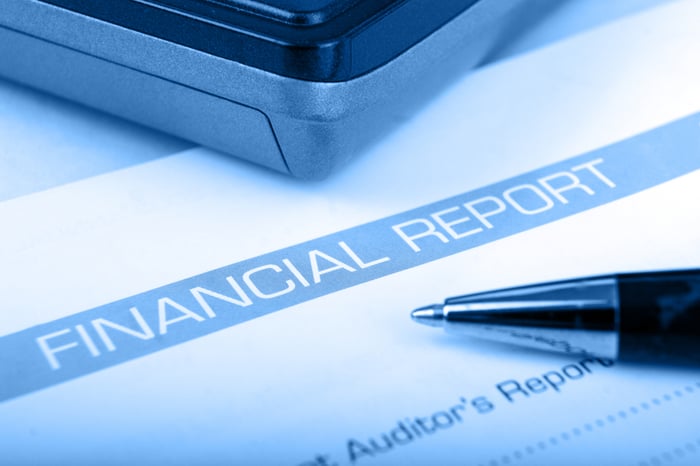 While Celldex's revenue remains low, the biotech did get a boost in the second quarter, primarily from its manufacturing service agreement with the International AIDS Vaccine Initiative. The company's bottom line also looked better, partly from the higher revenue but also because of lower overall spending.

Celldex's most important financial metric at this point is its cash position. The company reported cash, cash equivalents, and marketable securities totaling $154 million at the end of the second quarter. At the end of the first quarter, Celldex had a cash stockpile of $167 million. The company used $20.8 million in the second quarter to fund operations but added $8.7 million in cash proceeds from sales of its common stock.

The biotech noted several recent highlights for its pipeline. Target enrollment in the METRIC phase 2b study evaluating glembatumumab vedotin (glemba) in patients with metastatic triple negative breast cancers that over-express gpNMB has been reached. Enrollment is planned to continue, however, through the end of September.

Celldex presented additional data for a phase 2 study of glemba in treating metastatic melanoma at the American Society of Clinical Oncology (ASCO) meeting in June. Results from this study were previously reported in October 2016. Since then, however, one patient categorized earlier as a confirmed partial response experienced complete response (that is, absence of all detectable cancer). Enrollment recently wrapped up for the glemba/varli combo arm of this study, while enrollment continues in the arms with combinations of glemba and Bristol-Myers Squibb's Opdivo and Merck's Keytruda.

Updated data from another phase 1 study of varli and Opdivo were also presented at the ASCO meeting. Those results were positive. Celldex and Bristol-Myers Squibb have moved forward with phase 2 testing of the varli/Opdivo combo.

In the second quarter, we continued to see strong physician enthusiasm for our phase 2 Metric study of glembatumumab vedotin in triple negative breast cancer and recently met our target enrollment of 300 patients. We expect enrollment will be formally closed by the end of September to allow all patients currently in the screening queue the opportunity to complete the screening process and enroll in the study.

In June, we presented data from glemba's phase 2 program in checkpoint refractory metastatic melanoma and the Phase 1 dose-escalation varlilumab/Opdivo combination study in solid tumors, both in oral presentations at ASCO. We anticipate a productive second half of the year as we complete enrollment across multiple early stage studies and look forward to top-line data from the Metric study in the first half of 2018.

There are two key things investors need to watch with Celldex in the coming months. One is its cash position. The company expects to fund operations through 2018 with its current cash, cash equivalents, and marketable securities combined with further sales of stock through its existing agreement with Cantor Fitzgerald & Co.

The most important thing to watch, though, is Celldex's upcoming clinical updates. Results from the phase 2 study of the glemba/varli combo in treating metastatic melanoma are expected to be reported this fall. Also, the biotech should announce results from a phase 1 study of KIT inhibitor CDX-0158 in treating advanced refractory gastrointestinal stromal tumors and other KIT-positive tumors by the end of 2017.

Celldex's really big news should come sometime in the second quarter of 2018. That's when the company anticipates reporting results from the phase 2 Metric study of glemba in treating breast cancer. Celldex hopes to be able to file for regulatory approval based on these results. If the results are good, the stock is likely to soar.

Investors should also stay tuned to what happens with tax-reform proposals in Washington, D.C. Why? Should congress pass legislation that allows corporations to bring cash parked overseas back into the U.S. at significantly lower tax rates, there could be a wave of acquisitions of small biotechs by larger biopharmaceutical companies. Celldex just might be a prime target if that happens.