Cyberattacks are becoming a fact of life, but they can have huge impacts on businesses. Nuance Communications (NASDAQ:NUAN) was a victim of June's NotPetya malware attack, and the incident took what had been positive momentum from earlier in the year and forced the voice-recognition specialist to deal with the fallout.

Coming into Tuesday's fiscal third-quarter financial report, Nuance investors expected only modest gains to sales and were looking for declines in earnings. Yet they didn't fully understand just how big an impact the malware attacks would have on Nuance's results. Let's take a closer look at Nuance Communications and its latest report to learn more about what happened. 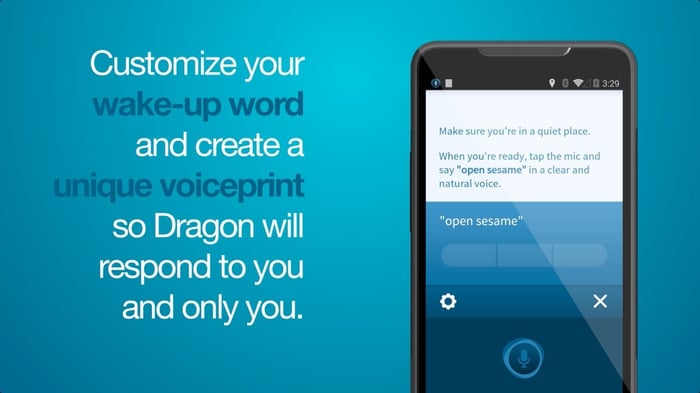 Nuance talks about the attacks

Nuance's fiscal third-quarter results were definitely affected by the malware incident. The company said that adjusted revenue was up 2% to $495.6 million, which was almost exactly what investors had expected to see from Nuance. Adjusted net income of $79.2 million was down 5% to $79.2 million, and the resulting $0.27 per share in adjusted earnings matched the consensus forecast among those following the stock.

Nuance had very specific estimates about what its numbers would have looked like without the attack. The company believes that adjusted revenue would have been $511 million, with adjusted earnings coming in at $0.30 per share. Nuance would also have reported its second straight quarter of organic revenue growth at 2%, and net new bookings would have climbed 24% to $48.7 million.

The attacks affected thousands of companies across the globe, but the malware specifically affected certain Nuance systems. In particular, transcription services used by healthcare customers were affected, as were systems used by the imaging segment to receive and process orders. Nuance has brought its hospital clients back online, restoring the functionality for its transcription platform, and imaging systems were restored last month.

Nuance's segment sales results showed mixed performance. The healthcare segment saw a 3% drop in revenue and deterioration in margin stemming from the attack, but bookings for the division were solid. The enterprise division was stronger, with 18% overall growth in sales coming both from acquisitions and from 6% organic growth. The mobile segment also showed double-digit sales gains, with 7% organic growth supplemented by acquisition-led improvements. Yet the imaging segment took the biggest hit, with a 13% drop in sales, roughly half of which was due to the attacks.

Segment profit also reflected the same trends. Mobile performed the best, with one-third gains in its adjusted segment earnings, and enterprise was also strong. However, both healthcare and imaging took hits to profitability because of the attacks.

Unfortunately, Nuance's attempts to move past the malware attacks won't be immediately successful. The company expects that it will have a "material financial impact" on fiscal fourth-quarter results, and those impacts will continue into fiscal 2018 as well. Nuance did narrow its bookings growth guidance to the upper end of its previous range, expecting 8% to 10% growth. Yet adjusted revenue guidance will take a $90 million hit, with a new range of $1.945 billion to $1.975 billion. Adjusted earnings of $0.96 to $1.03 were $0.16 below Nuance's previous guidance using its newer accounting method, reflecting anticipated costs from the attacks. In the fiscal fourth quarter alone, Nuance expects about a $65 million to $75 million hit to revenue and about $0.13 in per-share earnings losses.

Nuance investors reacted negatively to the news, and the stock fell 8% in after-hours trading following the announcement. Until the full impact of the malware attacks is known, Nuance will struggle to regain its footing and get itself back into a healthier long-term growth mode.