Fueling Sanchez Energy's rally was its solid second-quarter results. The Eagle Ford Shale-focused driller reported a 43% increase in production over last quarter, in part because of the addition of its Comanche assets, which it acquired from Anadarko Petroleum (NYSE:APC) at the beginning of March. The company also noted that recently completed wells on the former Anadarko assets are performing well. For example, the Stumberg Ranch 55H well achieved an initial 24-hour production rate of 3,800 barrels of oil equivalent (BOE/d), which puts that well on pace to deliver a full payout in only 12 months at current oil and gas prices. Meanwhile, the former Anadarko assets helped fuel a 68% increase in the company's adjusted EBITDA from the year-ago quarter. 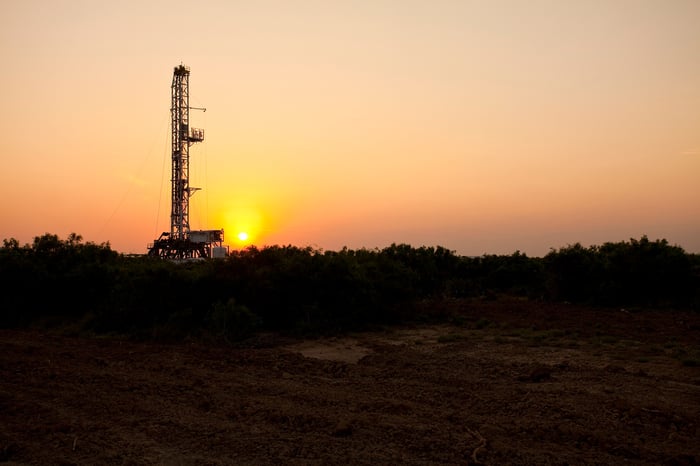 But it wasn't all good news in the quarter. A large well completion trial in its Catarina assets didn't produce the results the company had hoped. Sanchez is therefore returning to its standard completion design in that area, which will force it to defer some production into 2018. Meanwhile, given its weaker balance sheet and where oil and gas prices are these days, the company raised $67 million in cash during the quarter by selling three non-core assets, which boosted its cash balance to $128 million. Furthermore, it will cut $75 million to $100 million from its initial $500 million budget for next year to better align spending with cash flow.

Sanchez Energy made a massive bet on the Eagle Ford earlier this year when it bought Anadarko's assets in the region. That gamble is starting to pay off by fueling a meaningful uplift in production and its underlying earnings. However, the company remains a risky bet because its leverage is well above average for the sector, which could come back to bite it if oil prices take another tumble.