It hasn't been an enjoyable morning for investors of Fossil Group, Inc. (NASDAQ:FOSL), a global designer, marketer, and distributor of products that include watches, jewelry, handbags, small leather goods and other wearables. Shares plunged 25% after the company announced weak second-quarter results, dismal guidance and a departing chief financial officer -- ouch.

Starting from the top, revenue dropped from $685.4 million during the prior quarter down to $596.8 million during the second quarter, which was also well below analysts' estimates calling for $618 million. But the pain doesn't end there; the company recorded a second-quarter loss of $344.7 million, or a staggering $7.11 per share, compared to a $0.12-per-share profit during the prior year. When adjusted for one-time charges, however, that loss checked in at $0.61 per share -- which was still far worse than analysts' estimates calling for a loss of $0.33 per share. 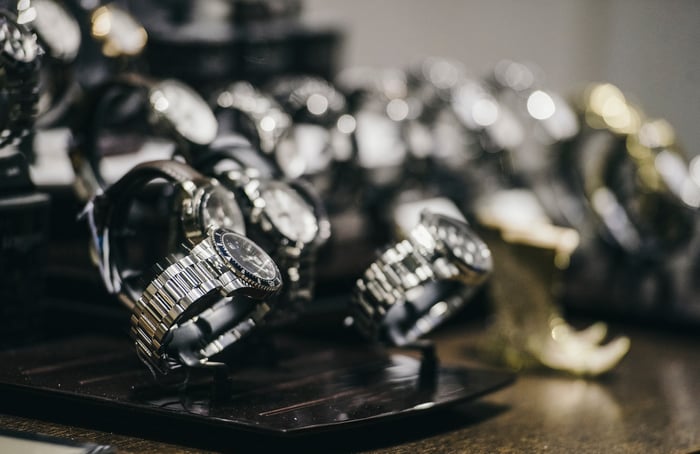 Management's guidance for the third quarter was equally abysmal. Fossil Group expects sales to drop between 4.5% and 8.5% and loss per share to range between $6.62 and $7.42 per share during the third quarter. To top everything off, management also announced the departure of the company's current executive vice president and CFO, Dennis Secor, as he plans to relocate for personal reasons.

The sad reality is that Fossil Group, in terms of product offerings, is going extinct. Its three-year price chart shows exactly how investors feel about owning shares: 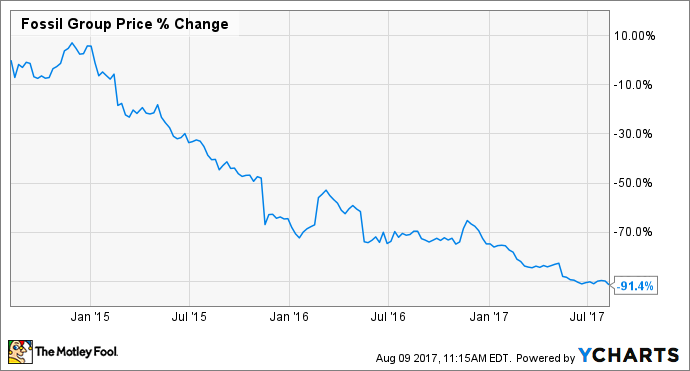 The truth is that Fossil hasn't been able to adapt as the market has been introduced to more options from rivals such as Apple Inc. and Fitbit Inc. Meanwhile, some of the largest retailers, such as Macy's and J.C. Penney Co., are closing stores by the hundreds and struggling with drastically reduced mall foot traffic. Fossil Group will have to develop a plan to convince investors it can adapt, but so far the company appears to be dying a slow death.