The accessories company reported earnings, and wow, did investors like the update. Here's a quick look at why.

Shares of Fossil Group (FOSL 0.53%), which makes lifestyle accessories like watches, rose 44.5% at one point on Nov. 11. That's a massive gain that didn't hold as the stock was "only" up by around 23% by roughly 1 p.m. EST. Still, it's pretty clear that investors liked what they saw when the company reported earnings after the close on Nov. 10. 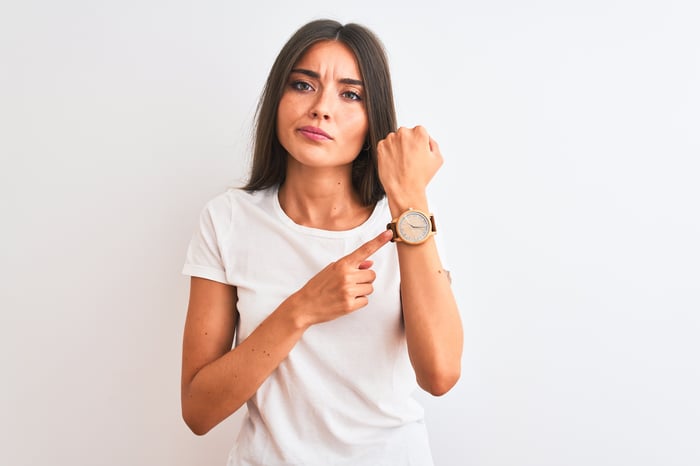 But there's still more to this story. For example, management noted that, as of Oct. 2, the company had "Total liquidity of $305 million, consisting of cash and cash equivalents of $182 million and $123 million of borrowing availability, and total debt of $139 million. ..." Step back from that for a second, and note that the company had more cash than debt. That said, it issued $150 million worth of senior notes in early November, so the math will be different in Q4.

But it would be fair to say its balance sheet is strong. This should give Fossil ample leeway to deal with any upheaval in the retail sector. There was also a quick comment about inventory, which the company described as "healthy," as it heads into the all-important holiday season. That's a notable positive given the bottlenecks that are slowing down global trade. So, it looks like Fossil is particularly well positioned as it moves through the final quarter of 2021.

The third quarter was a good one for Fossil Group, so investors have every right to be pleased. But more telling was probably its strong financial condition and "healthy" inventory levels which positioned it to have an excellent end to the year. At this point, Q4 guidance calls for 18% to 25% sales growth, which would be even better than what the company turned in this quarter.